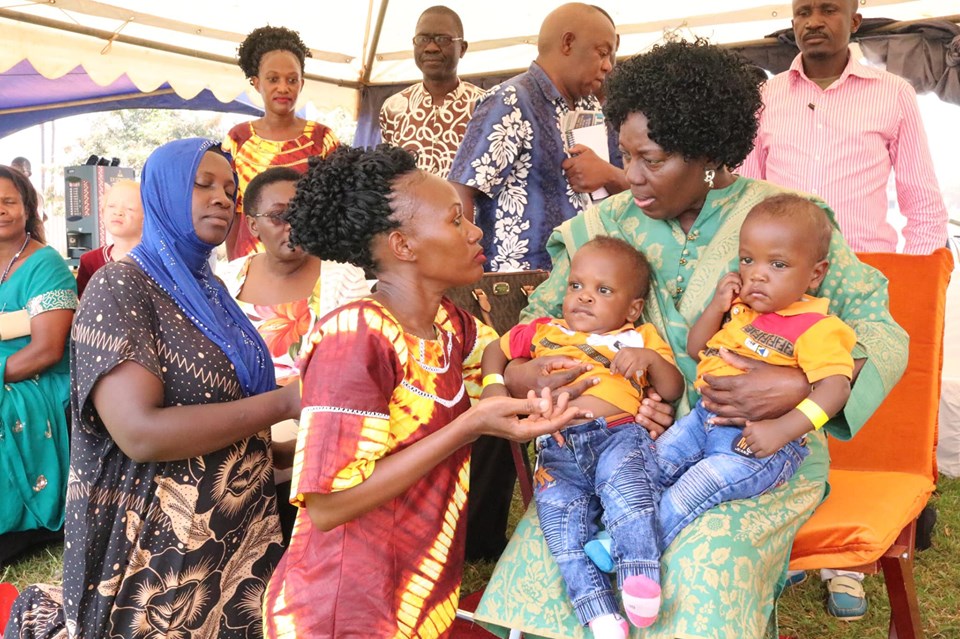 Parliament is to foot the cost of reconstructive surgery for Wasswa, a 14-month toddler, whose genitals were completely bitten off by a dog. This has been revealed the Speaker of the Parliament; Rt.Hon.Rebbecca Kadaga at the twins’ festival in Namboole.

The toddler, a twin, suffered the horrible ordeal at the age of six months as he lay in a cot with his brother Kato, in Katoojo, Ntungamo District. The mother, Nalongo Olivia Kaliyo, had gone to the garden to harvest food when the village stray dog sneaked into the house and bit off Wasswa’s private parts.

Doctors at Mulago National Referral Hospital struggled over overtime, to save the boy’s life. Since the toddler’s penis and scrotal sac had been swallowed by the dog, the best the doctors could do was to create an aperture through which he currently passes urine, albeit with a lot of pain. The hapless and financially handicapped parents sold off their piece of land in a bid to offset the high medical costs.

The mother of the twins currently stays in a poor environment in Kisenyi, Mengo, a Kampala city suburb. She is jobless and survives on hand-outs; mainly from Ms Petride Mudoola, a New Vision journalist, who is also a twin.

“I implore fathers of twins and other multiple babies to refrain from the habit of abandoning their children and wives.” the speaker says.