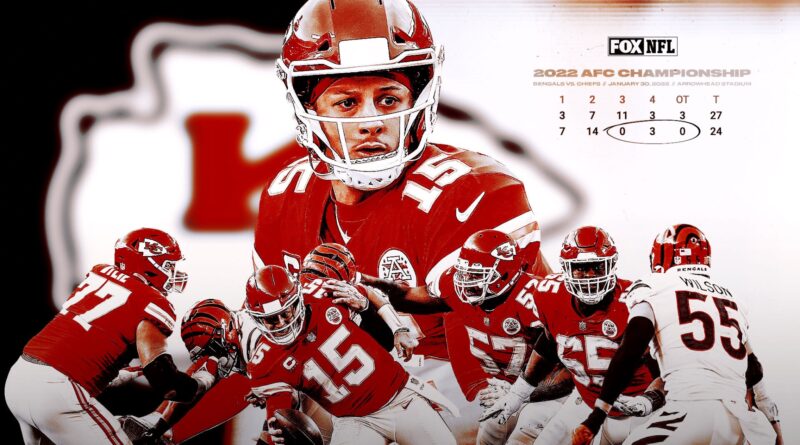 As Herm Edwards unforgettably once said, “You play to win the game.”

And according to Kansas City Chiefs quarterback Patrick Mahomes, that’s the exact opposite of what the team did during its AFC Championship loss to the Cincinnati Bengals in January.

Everything was going the Chiefs’ way at the onset of the affair, and Mahomes’ crew looked poised to book another trip to the Super Bowl after building a 21-3 advantage midway through the second quarter. The lead dwindled to 21-10 by halftime, but still, all signs pointed to K.C. comfortably handling its business in the second half and moving on to the season’s final game.

But Cincinnati popped any ballooning hopes the Chiefs had built up once the second half got underway, and 30 minutes later, the Bengals were the conference’s representative in Super Bowl LVI, having completed the largest comeback in AFC Championship Game history.

Mahomes reflected on the collapse in a recent interview with The Ringer, giving readers an inside glimpse into the regret he carries from the unforgettable turnaround.

“If you look, they didn’t do much different from the first half to the second half. We just didn’t execute at a high enough level. They were playing the same coverages and we weren’t executing. Then momentum gets in the other team’s favor and when you’re playing a good football team, bad stuff happens.”

“This is one of the problems I have with leads in the NFL: Coaches start to get pretty conservative with the playcalling,” he said Tuesday on “First Things First.” “Mike McCarthy had this pretty bad as well [in Green Bay]. Players start to get frustrated, and the quarterback’s frustration translated into a disbelief in the plays they were being given.

“Any competitor wants to just play, I don’t care if we’re up 40-0 or down 40-0. They want to put their foot on the gas and go. It’s hard to play it safe. And when you have nothing to lose — which the Cincinnati Bengals didn’t — they’re going to shoot every bullet they have. The Chiefs set themselves up for demise.”

Jennings was quick to point out, though, that Mahomes’ individual performance in the final two quarters wasn’t up to snuff either.

“[Mahomes] didn’t have a great second half. He did not overcome the woes that we typically have seen [from] Patrick Mahomes under Andy Reid.”

Mahomes’ second half was a tremendous aberration from his usual output.