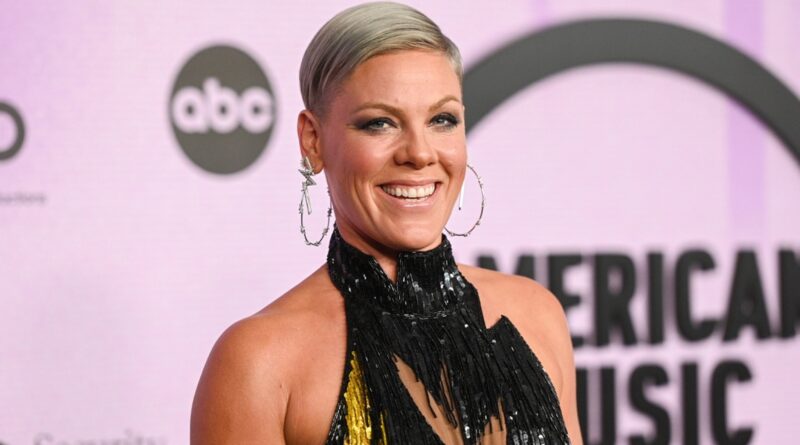 The superstar sang “Hopelessly Devoted to You” to honor the pop great.

P!nk pulled double duty at the 2022 American Music Awards on Sunday night (Nov. 20), following her opening performance with a passionate mid-show tribute to Olivia Newton-John and her eternal hit “Hopelessly Devoted to You.”

Wearing an elegant, sparkly dress rife with feathers, P!nk glided through “Hopelessly Devoted to You” and struck a different tone than her first performance of the evening, when she roller skated to her new single “Never Gonna Not Dance Again.” During the tribute, P!nk kept things simple, standing center stage and belting out the classic song as photos of Newton-John were shown on the big screen and fans swayed their arms behind her.

Newton-John passed away in August at the age of 73, leaving behind a pop legacy that included five No. 1 hits on the Hot 100 chart. “Hopelessly Devoted to You” peaked at No. 3 and was one of four top 10 smashes from 1978’s Grease, also earning an Oscar nomination for best original song.

Over the course of her career, Newton-John earned 10 American Music Awards, beginning in 1974 with a favorite album – country win for Let Me Be There. She dominated the favorite female artist categories in the mid-’70s, winning in the pop/rock category in three consecutive years from 1974 to 1976, and she returned to win the category in 1982, following the smash success of her 1981 Hot 100-topper “Physical.”