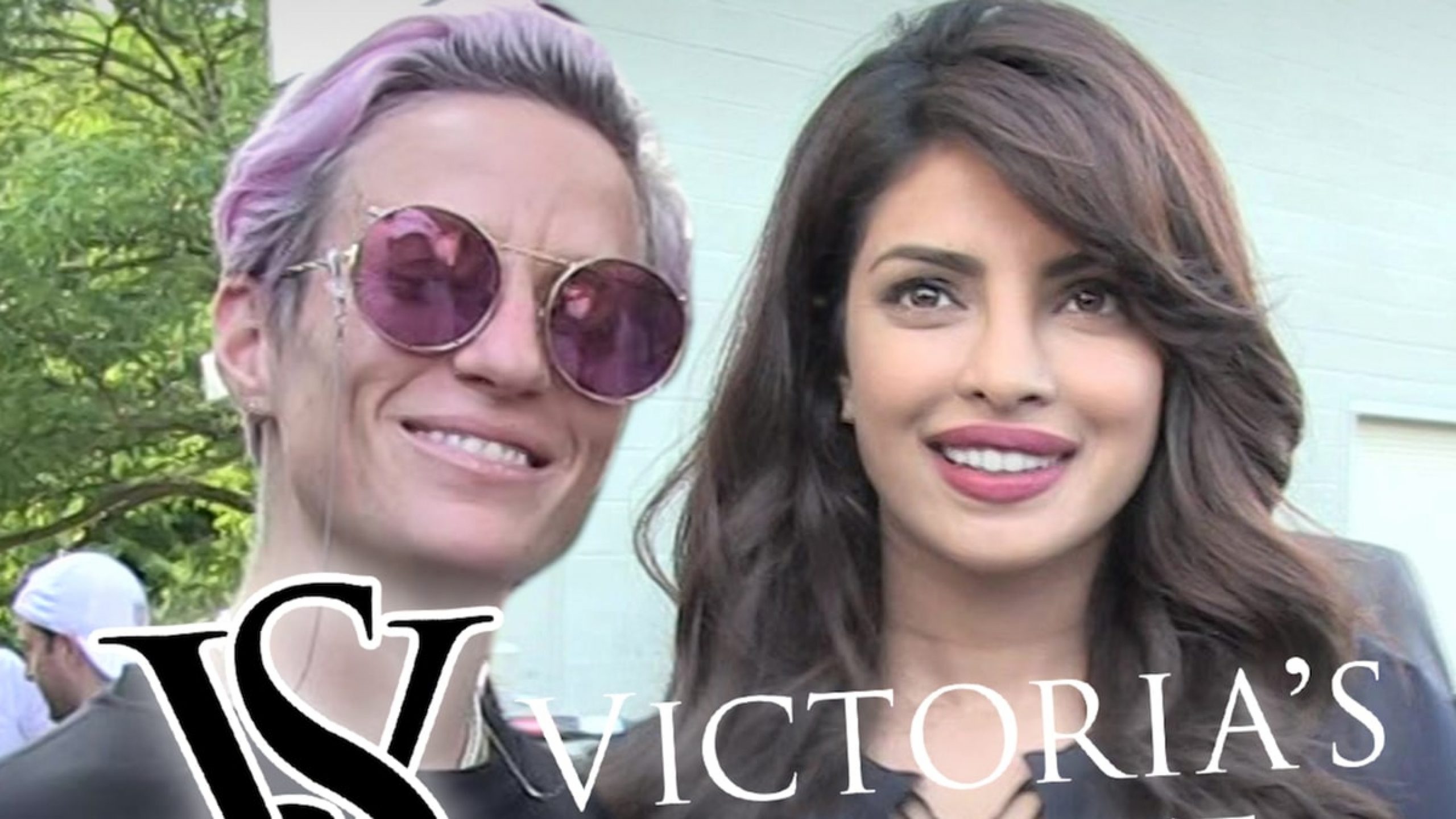 9:03 AM PT — Tyra Banks, who was groundbreaking in so many ways with the brand, just gave the announcement a massive thumbs-up, saying, “To the new collective of badass ROLE models, I may have cracked that door open, but y’all are charging through. Keep on keepin’ on until we all LOSE COUNT of how many are breaking through behind you.”

Priyanka Chopra Jonas and Megan Rapinoe are going to rep Victoria’s Secret but instead of flaunting their bods they’ll be sharing their minds. Yup, times are changing.

The lingerie giant announced it’s brought the actress and U.S. women’s soccer legend on board as its newest spokeswomen. The company’s rebranding to be more inclusive and appeal to a wider audience — and it’s hired the duo to spearhead the new VS mission: inspiring change and positivity.

The new marketing strategy doesn’t call for Megan or Priyanka to put on Angel wings or skimpy lingerie outfits — instead the duo will appear on a podcast and in other marketing materials.

It’s slated to be a 10-episode podcast.

The women form what Victoria’s Secret is calling the VS Collective … a platform attempting to build deeper relationships with women of all backgrounds.

Priyanka’s no stranger to advocating for women’s rights … like speaking on behalf of UNICEF, an org she’s worked with since 2006. She also has a namesake foundation that helps sick children around the globe.

Megan’s championed women’s rights since finding stardom on the pitch. She’s advocated for equal pay and LGTBQ+ rights ever since she’s had a platform. In fact, earlier this year she testified before Congress, pushing for equal pay.

VS’s rebrand comes nearly 3 years after the company’s chief marketing officer made a controversial comment to Vogue about transgender models. He’s since left the company.