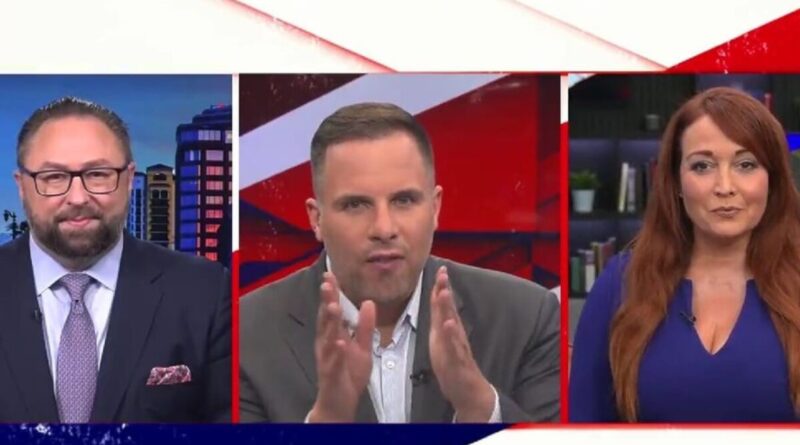 Vladimir Putin “would not” have invaded Ukraine if Donald Trump was still US President, according to a GB News guest. Jason Miller, a former senior advisor to the ex-President told Dan Wootton that Ukrainians should welcome a potential second Trump term in the White House.

He said: “Who is going to be enthusiastic about a second Trump term? A third Trump run for the Presidency.

“But I’ll also tell you and eluded to it earlier people of Ukraine, anyone whose lost a loved one.

“Because Vladimir Putin would not have invaded Ukraine if President Trump was in the White House.”

However, Mr Miller’s comments left Amy Anzel raging with the actress branding Mr Trump an “embarrassment”, “narcissist” and a “racist”.

She said: “Here’s the thing, I’m an American living in the UK and he’s an embarrassment to the international community.

At this point Mr Wootton interjected and pointed that in the White House the New York born billionaire had prevented armed conflicts.

He said: “He stopped wars Amy.”

The Bachelor star was forced to concede, but continued to rage at the veteran real estate mogul, arguing that he had no “diplomacy” and shouldn’t get a second term.

She said: “Good point Dan but ultimately there is no sense of diplomacy when it comes to Trump.

“It’s an embarrassment if he does have a second term.”

He said: “He had the unique ability to take on Republicans and Democrats.

“The traditional conventional way of foreign crisis or foreign affairs has been a failure.

“Look at North Korea, look at China, look at Russia.

“What all the experts have been a disaster.

“We need someone who can be a hardliner when we need it but also the ultimate dealmaker when that makes sense.”