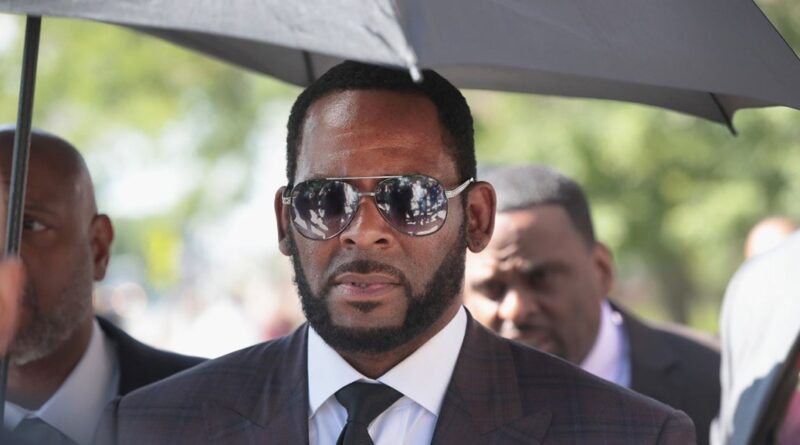 An Illinois man has been arrested for threatening federal prosecutors involved in the New York criminal case against R. Kelly, a representative for the U.S. Department of Justice tells Billboard.

Christopher Gunn, a resident of Bolingbrook, Illinois, was arrested on Saturday and made an initial court appearance on Monday (June 27) before Magistrate Judge Young Kim in Chicago. He was ordered to remain detained without bond pending a detention hearing Wednesday; the Department of Justice is seeking his removal in custody to New York. He faces up to five years in prison if convicted.

In a court document obtained by Billboard, Gunn is charged with “knowingly and intentionally transmit[ing] in interstate and foreign commerce communications containing threats … that would result in the death or seriously bodily injury [sic]” of three Assistant U.S. Attorneys who participated in Kelly’s prosecution, identified in the filing as Jane Doe-1, Jane Doe-2 and Jane Doe-3.

Filed by U.S. Department of Homeland Security special agent Ryan Chabot in U.S. District Court in the Eastern District of New York – the same court where Kelly was found guilty in September on all counts, including racketeering and sex trafficking – the document cites several videos allegedly released by Gunn on his YouTube account “DeBoSki Gunn.” One of them, released on Oct. 4, 2021, contains a voiceover in which a man threatens to “storm” the office of the prosecutors while showing a photo of their Brooklyn office building.

Later in the same video, according to the filing, Gunn states, “[I]f you ain’t got the stomach for the shit we bout to do, I’m asking that you just bail out.” The video goes on to feature a scene from the film Boyz N the Hood that shows four men riding in a car as one of them loads a gun before the sound of a gunshot is heard.

According to the federal charges, Gunn posted multiple other videos about the Kelly case, including one on June 24, 2022, which states, “#TheEnterprise I have a spot for us allllll (sic) to link during the trial see you there.” The hashtag is allegedly a reference to Kelly supporters and that the video indicates Gunn has a spot for Kelly supporters to gather during Kelly’s forthcoming sentencing hearing scheduled for Wednesday.

Another of the YouTube videos uses the hashtags #FreeRKelly, #AnnDonelly and #KellzSteppas, with “Kellz” an alleged reference to Kelly and #AnnDonelly a seeming reference to Ann M. Donnelly, the judge who presided over Kelly’s New York trial.

There is no indication that Gunn knows Kelly personally.

A man referred to as “Individual-1” who has known Gunn for several years is said to have confirmed that the narrator’s voice in the YouTube videos is Gunn’s. The voice was also matched with other publicly available social media posts in which Gunn’s voice can be heard.

The court filing claims that records obtained from Square Inc., manager of the mobile payment app CashApp, reveals that roughly eight transactions occurred between Feb. 26, 2021, and June 1, 2022, indicating that Gunn accepted payments for ammunition related to the Kelly case. One transaction that occurred on Feb. 26, 2021, reveals that a CashApp user sent Gunn $20 for “30 rounds on the haters.”

The filing also alleges that Gunn visited the New York courthouse where the Kelly trial was held, with his signature appearing on a Sept. 3, 2021, court log for those queuing up to publicly view the trial.

On June 8, federal prosecutors told Judge Donnelly that Kelly should be sentenced to more than 25 years in prison for his crimes — effectively a life sentence for the singer, who is now 55. In the brief, prosecutors cited Kelly’s three decades of avoiding consequences for his actions and argued he would be a danger to the public if set free. “The government has little doubt that if afforded an opportunity to offend again, the defendant would do so,” the prosecutors wrote. “He poses a serious danger to the public. His actions were brazen, manipulative, controlling and coercive. He has shown no remorse or respect for the law.”