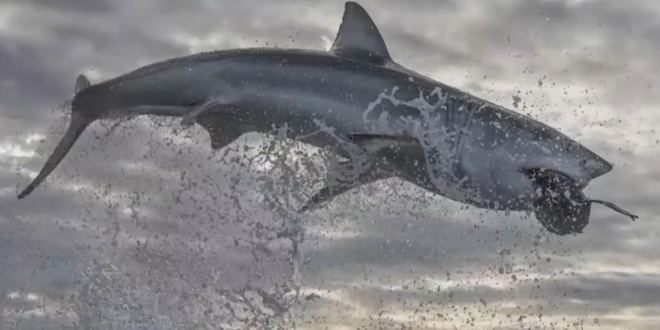 Record-breaking shark breach caught on camera: ‘The photo you dream of’

The experts all used different methods for capturing a shark breach off the shores of Seal Island, South Africa. While one expert attempted to capture a night image, another used a drone camera to document their attempt. But it was Chris Fallows and his tow camera that captured the most spectacular breach.

Viewers at home were also amazed by the spectacle, as many took to Twitter to share their dismay.

To learn more about Air Jaws and other “Shark Week” programs visit Discovery.com.

See why ‘American Chopper’ reunion was a big letdown for fans: