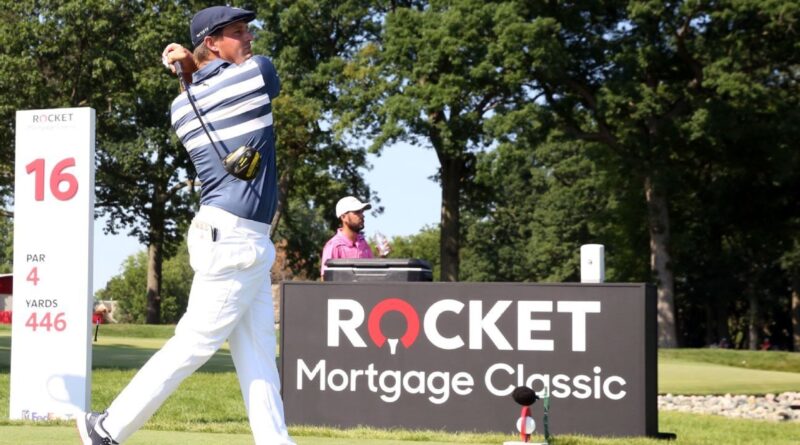 Rocket Mortgage has ended its sponsorship deal with Bryson DeChambeau due to his reported commitment to the Saudi-funded LIV Golf Invitational Series.

The controversial tour’s first event teed off Thursday outside of London, and the field featured Phil Mickelson, Dustin Johnson, Sergio Garcia and 45 other golfers.

A source confirmed to ESPN that DeChambeau is planning to participate in the second event of the LIV series in Portland, Oregon, beginning June 30. He has yet to officially announce the decision.

“Rocket Mortgage has been a long-time supporter of the PGA Tour, both through our role as an official partner and as a tournament host,” Emerson said in a statement. “The Rocket Mortgage Classic has quickly become a fixture on the Tour, with players coming to Detroit to compete, while also raising crucial funds to help bridge the digital divide in our city. Our partnership with the PGA Tour extends to several prominent golfers, including Bryson DeChambeau, as ambassadors of the Rocket Mortgage brand. As has been widely reported, Bryson elected to join the LIV Golf Series.

“Effective immediately, Rocket Mortgage has ended its sponsorship agreement with Bryson. We wish him well in his future success.”

DeChambeau won the PGA Tour’s Rocket Mortgage Classic in Detroit in 2020 and became a partner with the brand shortly after.

His lost sponsorship due to LIV connections isn’t unique among players. RBC cut ties with Johnson, and Mickelson lost most of his sponsors after comments he made earlier this year regarding the new league and human right violations by Saudi Arabia, which reportedly include the killing of Washington Post journalist Jamal Khashoggi in 2018.

Not every company has made a decision to end deals with golfers; they were seen wearing hats and shirts with Adidas, TaylorMade, Ping, Srixon, Citi and other brand logos throughout Thursday’s opening round in England.

When reached by ESPN on Wednesday, TaylorMade said it had no comment on any decisions in the future, and Adidas did not return the message.