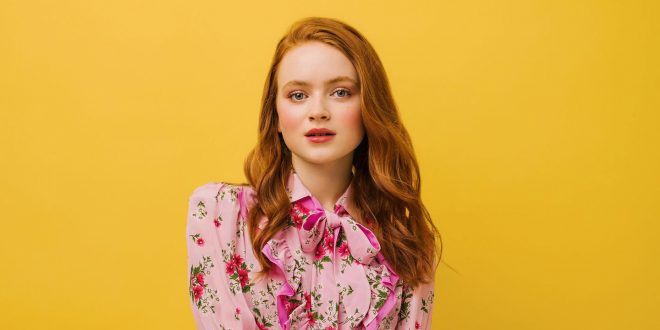 When Sadie Sink connects with MTV News on a recent Monday, it’s mere hours before the in-person premiere for Netflix’s Fear Street trilogy. Later that night, the actress — who’s perhaps best known for portraying Max on Stranger Things — would be spotted in Los Angeles State Historic Park wearing a black bandeau top, wide black pants, and hefty boots. On the phone, however, the Texas native reveals that this very morning, she realized this screening was exactly two years to the day after the premiere for Season 3 of Stranger Things.

Much has changed for Sink during this time. She turned 18 (and is now 19), graduated high school, and made some important decisions about post-grad life. But one of the most transformative things she did was film Fear Street Part Two: 1978, the second part of a horror-slasher film trilogy loosely based on R.L. Stine’s books. The film is released Friday (July 9) via Netflix, while the first movie, Fear Street Part One: 1994 was out on July 2. (The third and concluding installment in the series, Fear Street Part Three: 1666, is due July 16.)

Where Fear Street Part One: 1994 followed a group of teens growing up in a cursed small town, Fear Street Part Two: 1978 takes place in 1978, at a rural summer camp for teenagers with pure evil lurking beneath its wholesome exterior. Sink plays Ziggy Berman, a camp outcast who finds herself battling not just the snotty popular crowd, but sinister supernatural forces that have plagued residents of nearby towns for centuries.

While outwardly tough and tomboyish, Ziggy has a rich emotional interior, owing to a turbulent family life. That potential for depth appealed to Sink. “When I was looking over the script, at first glance, you can check her off as a very aggressive and intense character who’s mad at the world. All of these things are true,” she says. “But what was important to me was to go and find moments that she was a little bit softer, and the moments that showed more of her vulnerabilities.”

To prepare Sink for the role, Fear Street trilogy director Leigh Janiak recommended the actress watch a few slasher movies, including Friday the 13th and Scream. (“I think I got through some of them, because they’re very scary,” she says lightly.) And while Sink sees the parallels between Fear Street Part Two: 1978 and these classic horror films, “for the most part, I took it for what it was,” she says. That’s one reason Fear Street Part Two: 1978 feels so fresh: Sink wasn’t beholden to clichés, but free to embrace her own spin on the horror genre.

The actress has some previous experience with supernatural stories, as she appeared in 2019’s horror-thriller Eli, portraying a teenage girl with a spooky secret about her true identity. However, her acting resume tends toward theater (her first big break came in the 2012 Broadway revival of Annie) or more straightforward dramatic roles. In fact, she notes portraying Ziggy Berman also involved far more stunt work than she had done in the past, and was a much more physical role; among other things, she had to build up her stamina since so many scenes involved running.

“They require you to just really throw yourself into it and be out in the elements and really be in the moment, you leave everything out there,” Sink says. “I became a lot more comfortable, you know, screaming on camera and doing things that feel so unnatural and ridiculous sometimes.” Surprisingly, filming a horror film isn’t all fear and anxiety, however: “There’s this energy that’s so fun on the horror-movie set,” she adds. “And even though, sometimes, it’s actually pretty tense and scary when it needs to be, for the most part, weirdly it feels a little bit more lighthearted than when you’re doing something that’s more dramatic.”

That vibe has a lot to do with the approach of Janiak, who previously helmed and co-wrote 2014’s equally suspenseful Honeymoon and who directed all three Fear Street films over one summer. “I’d wanted to work with Leigh for a while,” Sink explains. “And in the lookbook that she put together, and sitting and meeting with her and hearing her talk about the films, she had a really strong and clear vision for all three of them.” After the films wrapped, Sink’s instincts were proven right — not just about Janiak’s work ethic, but also her personality.

“She’s probably the coolest person I know. On set, she was very encouraging and understanding. She made it a really fun environment. The great energy that she created on set really translated into the film. We were just having so much fun, and when watching the 1978 movie, you see that. The cast bonded so well together. It felt like a great, fun summer-camp experience.”

The retro feeling (and retro music) of Fear Street Part Two: 1978 is reminiscent of Stranger Things at times. However, the actress sees distinct differences between Ziggy and her beloved Stranger Things character Max, a skateboarding and arcade game enthusiast who has also weathered family and personal challenges in a town plagued by weirdness. “Max still has this innocence about her. And I think she really enjoys being a kid and being free and everything,” Sink says. “Ziggy is very misunderstood and wants to be seen as an adult because she’s wise beyond her years. So the role is definitely more mature than my work than I’ve done on Stranger Things. It was stepping into something different.”

Although the 2020 pandemic lockdown interrupted production of the latest Stranger Things season, Sink notes the cast picked up filming again without missing a beat. “It’s an incredible season,” she says. “And the scale of it is just so massive this year. I think people are really going to enjoy it.” It helped that Sink made the most of the break, and actually used the downtime to become closer to Max. “If anything, I just had more time to read through the scripts and connect with her even more this season. [I’ve been] playing the same character since I was 14, so you get to know her really well. You’re able to slip in and out of character. But during the pandemic, I was missing set and missing the scripts, and, and I missed Max a lot, too.”

The 2020 lockdown ended up being formative for Sink for plenty of other reasons, as well. She built on her love of writing and took up journaling during the long stretch of time at home. Turning 18 also meant she effectively is now considered an adult in the eyes of the acting industry, which removes schooling requirements and limitations on working hours. “It was a big change,” she admits. “But I was so ready to get back to work that it didn’t even faze me.”

For the moment, Sink also decided to forgo college and focus on her career, although she “can definitely see myself going one day” in the future. “When I was younger, it was like, ‘Oh, of course, I’m going to college,'” she says. “And then you actually get to that point and you’re like, ‘Wait, I don’t know if this is the right idea. I think that would be too much for me right now.’ And if I’ve learned anything from the pandemic, it’s [to] take it one day at a time. You can’t predict the future. So that’s what I’m doing right now, I’m playing it by ear.”

In the meantime, Sink is keeping busy: In addition to filming Stranger Things, she recently wrapped a drama called The Whale (with Darren Aronofsky and Brendan Fraser) and is also starring in the upcoming film Dear Zoe, in the role of a teenager navigating through the aftermath of her younger sister’s death. “It’s been a busy year so far. I kind of went straight into the fire from doing absolutely nothing for eight months, and then having a pretty stacked schedule. This summer, I’m hoping to relax and do absolutely nothing for a little bit.”

Sink certainly deserves the break. “All these big changes were happening in my life, I had a lot of personal growth, I think. And I came out of the pandemic being so grateful for work and being able to be on set and being able to safely surround myself with faces that I’d missed so much.”