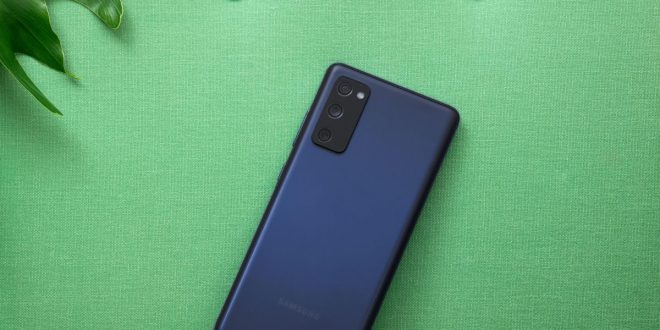 Samsung’s got another Galaxy S20 in store for its fans, and the device has been tailored for our unusual times. The Galaxy S20 Fan Edition, also known as the Galaxy S20 FE, packs some high-end features found in the rest of the S20 lineup — like low-band 5G connectivity — but at a starting price of $700 (£699, AU$999). That’s $300 less than the regular Galaxy S20. Adding superfast millimeter wave 5G connectivity for the Verizon model brings the price up to $750 (though the carrier is currently offering a promotional $50 discount).

The 6.5-inch S20 FE has the same Snapdragon 865 processor as the rest of the lineup and includes IP68 water resistance. It sports three rear camera lenses, including a 30x Space Zoom like what’s featured in the S20 and S20 Plus. It’s available in six bright colors. One of the device’s biggest differences from the rest of the lineup: The back is made of plastic instead of glass.

Subscribe to the Mobile newsletter, receive notifications and see related stories on CNET.

Samsung, which unveiled the FE on Wednesday during its third virtual Unpacked event over the past two months, hopes to attract people who shy away from a $1,000 phone but still want the flashier features of the company’s Galaxy S lineup. And it’s those people who want that Galaxy S brand instead of the cheaper, simpler Galaxy A devices. During the coronavirus pandemic, that could turn out to be a lot of potential buyers.

“It’s very much a response [to the pandemic],” Drew Blackard, vice president of product management for Samsung Electronics America, said in an interview ahead of the news. “We’ve seen the need for a really more value-segmented offer that focuses on those core features that we know our users love the most and prioritize the most.”

The company had considered introducing a device that fell between the A Series — which ranges from $110 to $650 in the US — and the bottom end of the S Series, which starts at $999, Blackard said. It’s done something similar in the past, like introducing the $650 Galaxy S10 Lite in January at CES 2020.

But the pandemic caused Samsung to speed up the FE’s development and release, something it could do because it controls many parts of its supply chain. The FE, which goes on sale in the US on Oct. 2, arrives about seven months after the other S20 phones hit the market, whereas the S10 Lite became available in the US over a year after its siblings went on sale.

“One of Samsung’s core advantages and competitive advantages in the market is speed,” Blackard said. “We can very quickly design new products and get to market.”

Samsung, which lost its crown as the world’s biggest phone maker to Huawei in the second quarter, has been introducing its new devices in a difficult environment. Instead of facing a strong market for phones, with 5G and foldable screens getting people to upgrade their devices, most handset makers are seeing reduced demand amid the raging novel coronavirus pandemic. Nearly a million people have died, over 31 million have been infected and millions more are out of work, unsure when they’ll next earn a steady paycheck.

While tech overall has seen a spike in demand during the pandemic, the phone market has struggled. Consumers are opting for less expensive devices, saving their money altogether or spending their cash on PCs and other work-from-home and entertainment supplies. This year, smartphone sales are expected to hit a 10-year low because of the pandemic, according to CCS Insight.

Samsung, despite launching its new Galaxy S20 lineup in March and its less expensive Galaxy A phones over the following months, saw the biggest year-over-year drop of the world’s top five phone makers in the second quarter, Canalys said. Samsung’s 30% decline allowed Huawei to leapfrog it to become the world’s biggest smartphone vendor for the first time, Canalys noted. It was the first time in nine years that a company other than Samsung or Apple shipped the most phones.

“The new Galaxy S20 Fan Edition is ideal [for the current environment],” said Avi Greengart, an analyst at Techsponential. “It gives people differentiated features … all at a price people are looking to pay.”

Samsung was counting on this year’s Galaxy S20 lineup — its first crop of phones that all feature 5G connectivity in the US — to woo buyers who’d been waiting to upgrade their devices. Then COVID-19 swept across the globe. The US went into lockdown about a week after Samsung’s Galaxy S20 lineup hit stores. Because consumers were worried about money — and couldn’t see the new devices in person — demand fell. In July, Samsung said its mobile business revenue tumbled 18% from the previous year.

In the US, Samsung sold about 44% fewer Galaxy S20 models in the first four months of sales than the Galaxy S10 last year, according to M Science, a data analytics provider that tracks stats like mobile adoption.

What Samsung has found is that its less expensive S20 model has attracted the most buyers in recent weeks. In a normal year, it’s the priciest Galaxy S or Note phone that sells in the highest numbers, at least at first, Blackard said. About six to eight weeks later, after the megafans have made their purchases, the lower-end models sell better.

That happened this year but in a more pronounced way, Blackard said. The Galaxy S20 Ultra was the top-selling device of the lineup at launch, he said, just as the Note 20 Ultra surpassed sales of the cheaper Note 20. But then the less expensive models became more popular.

“Within the first six to eight weeks [after] launch, you start to see that transition happen,” Blackard said. “And in this case, it just happened more sharply than it did the year before.”

Phone-makers have responded differently to the pandemic. In the case of Apple, it likely developed the iPhone SE well before the coronavirus spread widely, but its launch timing proved to be fortuitous. At $399, the SE is the cheapest new phone in Apple’s lineup, and it includes a feature that’s perfect for the times: a Touch ID fingerprint reader. That makes it easier to unlock the device while wearing a mask, versus the Face ID technology in Apple’s pricier phones.

That device helped Apple report strong financial results, even as the company delayed its high-end iPhone 12 lineup, in part because of pandemic-related production issues. Instead of arriving in September, as iPhones normally do, the devices will likely launch in October.

Samsung’s answer to the iPhone SE was its Galaxy A lineup, a batch of devices available overseas for years but arriving in the US for the first time. The four new 4G LTE models ranged from $110 for the Galaxy A10 to $400 for the Galaxy A51. Samsung even introduced two 5G devices, the $500 Galaxy A51 5G and the $600 to $650 Galaxy A71 5G, giving the South Korean company two of the cheapest 5G phones in the US.

The Galaxy S20 FE falls more in line with Apple’s iPhone 11. It’s part of the premium range but lower in price. The iPhone 11 has been one of Apple’s top sellers over the past year.

Samsung hopes the FE will perform the same way.