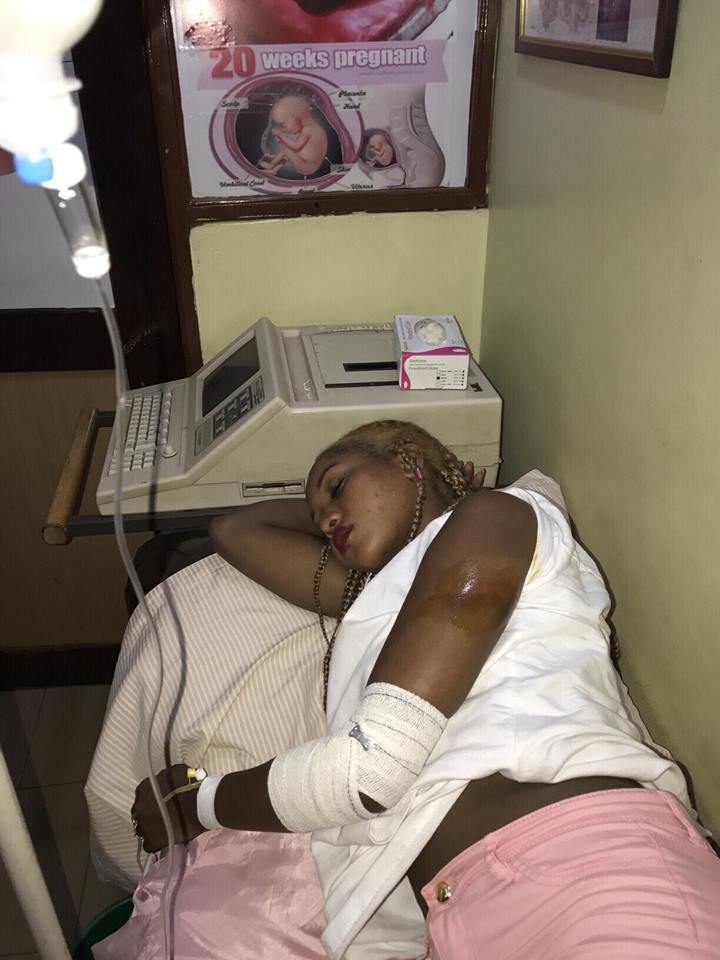 Singer Diana Namukwaya aka Spice Diana was brutally beaten yesterday as she found her way off stage after her performance at the Kampala city festival.

According to Spice, she was beaten  by ruthless police officers who were moving around beating whoever they came across! She acquired severe wounds on her arm and the back and was quickly rushed to the hospital for medical attention.

To Spice Diana, the current police a group of “Useless humans” because of their unprofessional way of handling situations even though they are trained.

“they never apply their so called skills but only use their arrogance and so called powers to disrespect and toture there fellows humans like animals.” she lashed.

Spice therefore advised event promoters to hire professional security officers who can give artistes and humans in general respect.

Spice cntinued to curse these ruthless officers saying their is no human stronger than God. She however attributed such brutal beatings to the mere fact that they can’t be reported to themselves. “and still find ghurts to ask for money from you just because they have a say that POLICE TESINGIBWA MUSANGO(literally meaning “police can never be guilty”)” she lamented.