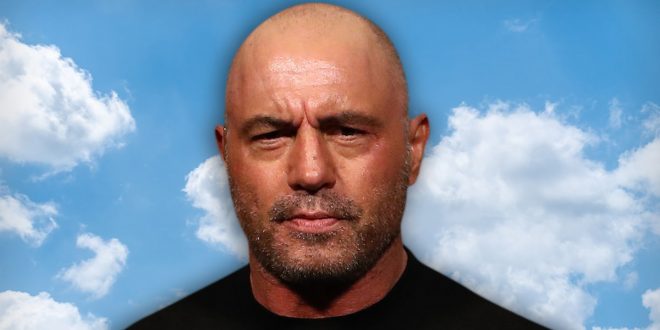 Somebody took to the skies of Los Angeles to ask for a woman’s hand in marriage — but apparently, they shelled out a little extra to make fun of … Joe Rogan.

A skywriting message marriage proposal was seen up above West Hollywood and the surrounding areas Saturday, which asked somebody named Mollie Pratt to marry them … reportedly followed up with “SHE SAID YES” … and then one last random train of thought.

Someone just spent thousands of dollars to write “Joe Rogan is literally 5 foot 3” in the skies of Los Angeles and honestly money well spent. pic.twitter.com/ndeBs31kqh

After the Mollie stuff flew by — which purportedly had trailing messages like “I LOVE YOU MORE THAN ANYTHING” and “UNTIL DEATH DO US PART” … the writing followed with something to the effect of, “ONE MORE THING … JOE ROGAN IS LITEALLY (sic) 5 FOOT 3.”

Indeed, several different photos and videos capture that last part … and it has left a lot of people equally confused and amused. For one — why bring up JR in a proposal at all???

Of course, his listed height here is wrong … the guy’s pegged at 5’7″ — so it’s clear whoever commissioned this did it to slight Joe and to chide, in the most extra way possible. The party responsible is still a mystery — but they definitely shelled out big time for the stunt.

Skywriting messages cost thousands of dollars per message — and it sounds like this person had a whole bunch of them as part of their engagement announcement, on top of the Rogan shot. We’re guessing this whole thing might’ve cost upwards of $10k, or around there.

Some folks have responded to this in jest … saying it’s money well-spent. As you might’ve heard — Joe has pissed off a lot of people during the pandemic with different comments about COVID, cancel culture, woke-ness … and a whole range of other topics he’s got hot takes on.