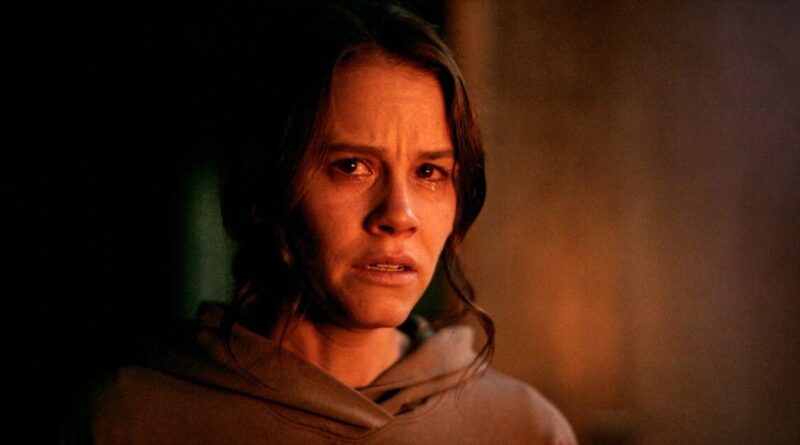 Of the many movies that took over the world this year, Smile was one of the more pleasant surprises. After an initial showing at Fantastic Fest led to strong reviews and word of mouth, the film went on to fuel Paramount’s pretty impressive run of theatrical releases this year. For a film that was originally meant to be a Paramount+ original and cost $17 million to make, ending its box office run at $216 million worldwide certainly made executives…well, you know.

Smile’s a few days out from releasing on physical media (after having already released on Paramount+ in mid-November), and director/writer Parker Finn recently talked with the Hollywood Reporter about the film’s breakout success. One of the topics brought up was its marketing campaign, which featured actors at Fantastic Fest smiling creepily at people. Finn had nothing but praise for Paramount in that regard, saying that the studio “really threw all their support behind it, and it’s beyond surreal to see what the movie has done.”

The marketing for the film really took off during the recent MLB season, where paid actors were near home plate and smiled directly at the camera. Some wore shirts with the film’s name, others didn’t, but either way it didn’t take long for these actors to go viral. Putting those actors—aka “smilers”—in baseball games were planned a little over a month in advance, and something Paramount considered relatively inexpensive enough to do. “They were like, “If people catch on, they catch on. If they don’t, no harm, no foul. It’s not going to cost a ton of money to do it.”

With how much of a hit Smile’s become, Finn was asked about the possibility of a sequel anytime soon. He happily admitted that he thought there were “interesting stuff” to explore going forward, and that some things he took off the table to be potentially explored later. Doing a sequel with Kyle Gallner’s Joel doesn’t entirely sound like something on the table, however, if only to avoid a feeling of “second verse, same as the first.” Similarly, he said he’d want any potential links to the first film to be “surprising” for the audience.

“I’d want to make sure that there’s a new, exciting, fresh way into it that the audience isn’t anticipating,” concluded Finn. “I also want to find some new ways to scare them and unnerve them.” Maybe Smiles, where multiple people are haunted by the demon at the same time?