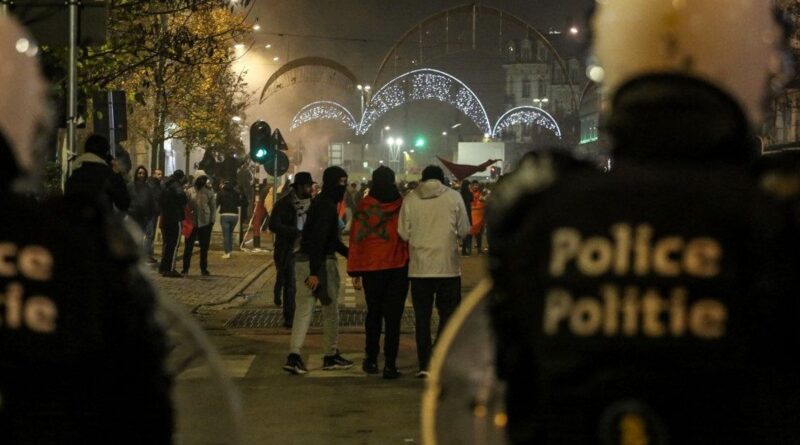 Eighteen people were arrested in Morocco for their alleged involvement in acts of vandalism Saturday in Khouribga, 120 km from Casablanca, during a national soccer championship match, Moroccan police said Sunday.

The incidents took place during a match counting for the 12th day of the Botola, the Moroccan first league, won 2-0 by AS FAR of Rabat against Olympique of Khouribga.

The suspects, including two minors, were arrested after “clashes” between fans inside the stadium that degenerated into “stone throwing”, injuring twelve police officers, said the DGSN (national police) in a statement.

A judicial investigation has been opened, the police added, which does not specify whether there were injuries among the fans and does not mention possible material damage.

In recent months, the DGSN has reported several arrests for violence in stadiums in Morocco, a country where football is a popular sport.

On Tuesday, the Moroccan soccer federation announced that it had sanctioned several clubs, ranging from simple fines to matches without an audience, following incidents.

Morocco, which last month became the first African nation to reach the semifinals of a World Cup in Qatar, will host the next edition of the World Club Championship from February 1 to 11.

Moroccan stadiums are frequently the scene of hooliganism, including fights between “ultras” inside and outside the stadiums.

After the death of two fans in early 2016, the authorities disbanded ultras groups to combat the phenomenon, even banning all distinctive signs (slogans and banners) in stadiums, before allowing their presence again in 2018.