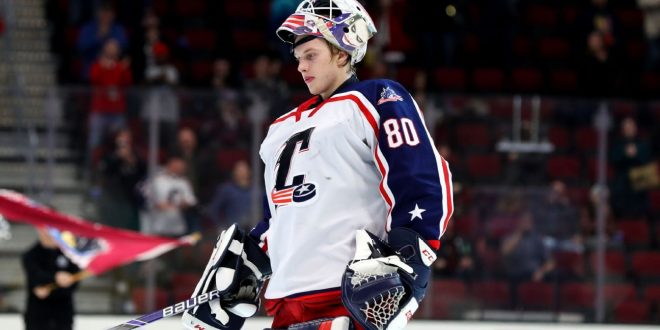 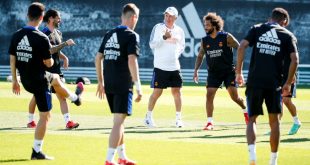 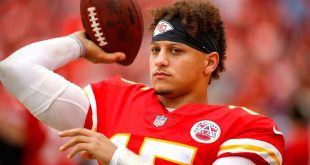 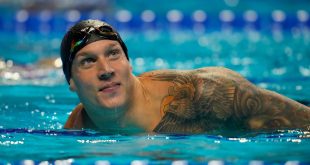 According to The Associated Press, three calls were made to 911 in connection to Kivlenieks’ death, which is being investigated as an accident. Kivlenieks was 24.

“Hey, we have someone who was hit by a fireworks,” a female caller told a 911 dispatcher after Kivlenieks was struck at about 10 p.m. at a backyard celebration in Novi, Michigan. “Can you come here immediately? He’s breathing. We have a nurse here. He’s breathing, but he’s not doing very good.”

Another caller said the goaltender was “getting ready to go into convulsions” after he was hit.

Kivlenieks was pronounced dead at a hospital. An autopsy revealed Monday that he died from chest trauma, with major damage to his heart and lungs.

Kivlenieks and teammate Elvis Merzlikins traveled to Novi, where Legace lives, to celebrate July Fourth, as well as the wedding of Legace’s daughter over the holiday weekend, sources told ESPN.

Legace, 48, has worked with the Blue Jackets since 2018 and had an 11-year NHL career, including a Stanley Cup title with the Red Wings in 2002.

Lt. Jason Meier of the Novi Police Department told ESPN on Monday that Kivlenieks was in a hot tub and tried to avoid the firework, along with several other people. Meier added that all signs showed that it was a “tragic accident.”

The nine-shot firework being used was legal in Michigan, and the person operating it at the time Kivlenieks was struck was in compliance with state laws and allegedly had been “training with the homeowner for the summer and was staying there,” Meier said.

In Michigan, consumer fireworks must meet CPSC standards. Licensed facilities only can sell fireworks to people 18 and older. Low-impact fireworks like sparklers, toy snakes, snaps and poppers are also legal for sale and use. State law stipulates that consumer-grade fireworks only can be ignited from personal property. It’s also illegal to discharge fireworks when intoxicated or under the influence of drugs.

Kivlenieks was close with Merzlikins, a fellow Latvia native, and his wife, Aleksandra. Kivlenieks was living with the couple as he stayed in the United States over the summer.

Support poured in from across the hockey world for Kivlenieks and the Blue Jackets organization on Monday. Fans brought homemade signs, flowers, sticks and balloons to the front door of Nationwide Arena for a makeshift memorial. A moment of silence was held in Kivlenieks’ memory prior to Game 4 of the Stanley Cup Final between the Tampa Bay Lightning and Montreal Canadiens on Monday night at the Bell Centre. Lightning coach Jon Cooper offered remarks about Kivlenieks after his team’s overtime loss.

“I just want to give our heartfelt condolences to the Kivlenieks family,” Cooper said. “It’s an awful tragedy for anybody, any family to go through that. But somebody in the NHL family, as close as we all are as the teams even battling out there, from all the Lightning, our condolences.”

The goalie started in two games last season and was expected to be part of the Blue Jackets’ plans for the 2021-22 season. He recently appeared for Latvia at the World Championships, which were hosted by Latvia.

In a statement, Blue Jackets president of hockey operations John Davidson called Kivlenieks “an outstanding young man who greeted every day and everyone with a smile. … The impact he had during his four years with our organization will not be forgotten.”

“One thing I loved and appreciated about him was he had a great smile and always was in a good mood,” Foligno told ESPN. “I know it’s cliché, but that’s exactly the kind of guy he was. Just enjoying his life as a 24-year-old living out his dream, and you could tell he didn’t take one day for granted, which makes this tragedy even more hard to bear. Praying for his family and all of us who knew him. Hard day for a lot of people in that organization.”

ESPN’s Emily Kaplan and The Associated Press contributed to this report.