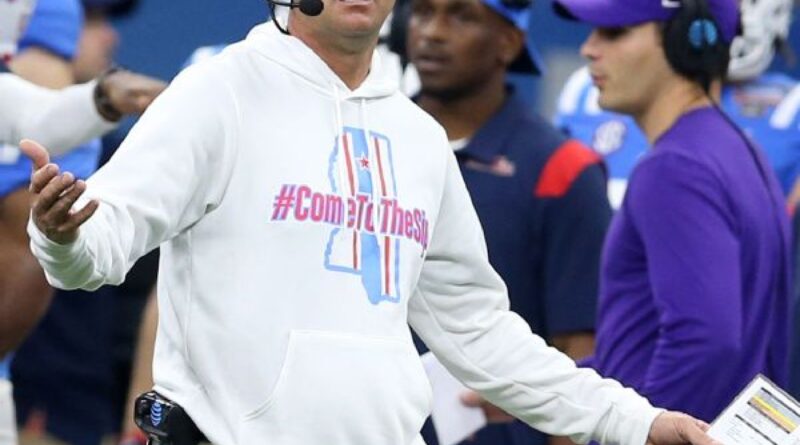 Amid speculation he’s leaving for the Auburn head-coaching job, Ole Miss coach Lane Kiffin met with his players Tuesday and assured them that he hasn’t accepted a job at any other school, sources told ESPN.

Kiffin as a rule doesn’t respond to coaching rumors, but sources told ESPN that he felt as if he owed it to his players and their parents to formally address the situation after a report surfaced Monday by WCBI-TV in Columbus, Mississippi, that Kiffin planned to step down Friday and head to Auburn. WCBI-TV also reported that Auburn had yet to officially offer the job to anyone.

“He told the players his focus was on Mississippi State and nothing else and that any reports out there about his accepting another offer were totally false,” sources told ESPN.

Sources told ESPN that Kiffin and Liberty’s Hugh Freeze are at the forefront of Auburn’s coaching search. Auburn and Alabama play Saturday in their Iron Bowl rivalry game in Tuscaloosa, Alabama. Cadillac Williams, a former star running back at Auburn, has led the Tigers to two straight wins as interim coach after replacing the fired Bryan Harsin.

Kiffin, in his third season at Ole Miss, guided the Rebels to their first 10-win regular season a year ago. Ole Miss is 8-3 this season but has lost three of its past four games, including a 42-27 setback last weekend at Arkansas, a game in which it trailed 42-6 at one point.

Kiffin was asked afterward about being viewed as Auburn’s top target and said he was excited about the future at Ole Miss.

“So I don’t know about all that stuff out there, No. 1 [candidate] stuff,” Kiffin told reporters after the Arkansas loss. “Maybe if they watched the first half, I wouldn’t be No. 1 anymore.”