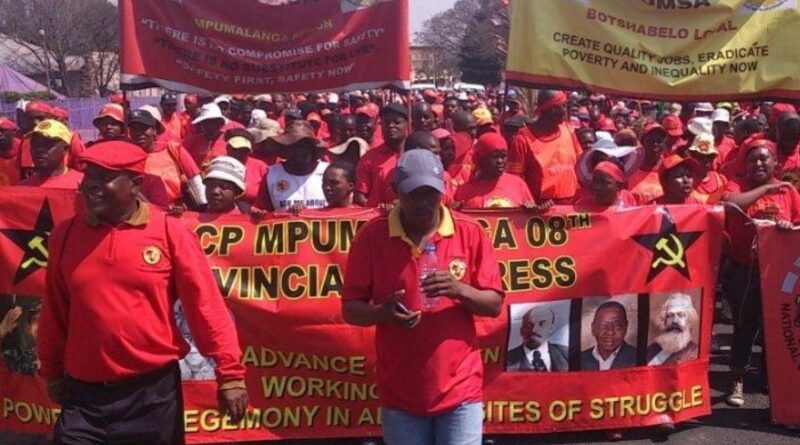 The national congress of the National Union of Metalworkers of South Africa (NUMSA), set to begin on Monday, has been interdicted and restrained from going ahead, until the union complies with its constitution. NUMSA’s national office bearers are elected at their national congress, which was last held in 2016.

On Saturday, Judge Graham Moshoana in the Johannesburg Labour Court ruled that decisions of the union’s central committee to suspend a slew of members, including the union’s second deputy president Ruth Ntlokose, and to place the Mpumalanga Regional Council, NUMSA’s largest region, under ‘administration’ were “unconstitutional, invalid and unenforceable in law.”

On 18 July 2022, Ntlokose launched an urgent application in the Labour Court, seeking to have her suspension and those of other members overturned, and to interdict the national congress until the union complies with its constitution.

Earlier this year, GroundUp broke a series of stories about NUMSA’s leadership and its investment arm, in particular its funeral insurance scheme 3Sixty Life. We revealed reports that suggested improper dealings, including that 3Sixty Life paid for NUMSA general secretary Irvin Jim’s birthday party. AmaBhungane also published a detailed report on possible malfeasance at the union.

A number of union leaders voiced their concerns following these reports. In the ensuing months Irvin Jim and the central committee subsequently suspended over 25 union leaders including shop stewards, office bearers and officials. The suspensions have been perceived as an attempt to squash criticism of Jim.

Then in the past week, 30 further suspensions were handed down by the central committee.

On 14 July 2022, the central committee announced the suspension of Ruth Ntlokose, NUMSA’s second deputy president and the newly-elected President of the South African Federation of Trade Unions (SAFTU). This decision was apparently due to Ntlokose’s decision to run for SAFTU’s presidency.

Ntlokose however said that she was suspended for demanding accountability for the 3Sixty Life debacle.

The judge also ruled that the central committee did not have the authority under NUMSA’s constitution to place the Mpumalanga Regional Council under ‘administration’, which would have ruled out the region’s participation in the national congress.

“How can a national congress … proceed without the views of the biggest region, the MRC (Mpumalanga Regional Council)?” wrote Judge Moshoana.

The court would “be failing in its duties if it were to allow this glaringly unlawful conduct to continue,” and let the national congress proceed, wrote Moshoana. He interdicted the congress from proceeding until the union complies with its constitution.

“The members of NUMSA deserve better and proper protection,” says the judgment. “To have a leadership or structure that unashamedly flouts the founding document of the constitution is not in the best interest of the general membership.”