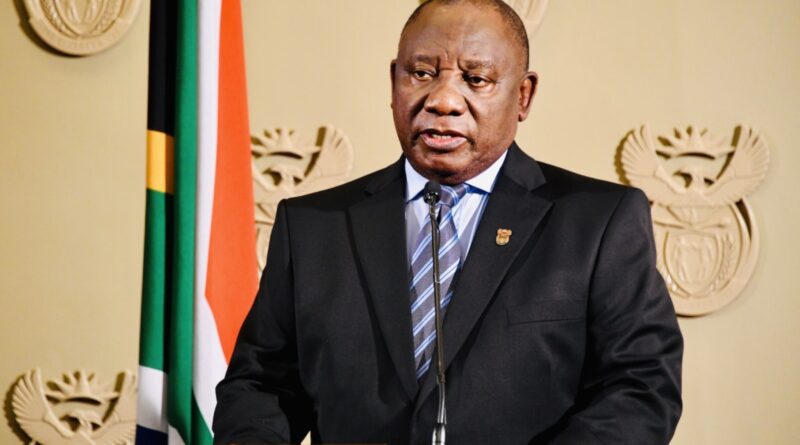 Johannesburg — South African President Cyril Ramaphosa, at a summit on gender-based violence in the country, said murders of women jumped by 50% this year and called for action to stop the trend. Experts say his government’s efforts are falling short.

National police reported 1,753 women were murdered in just the first half of this year.

M, whose name is being withheld for her safety, said she thought she’d become one of those statistics when her ex-boyfriend imprisoned her and her daughter in his apartment for months.

“I had to beg for my life,” she said. “And then I told him, ‘You know what, I’ll never ever annoy you with the thing of wanting to go home. You know what, you can do whatever you want to do with me. I’m all yours. Please, please spare me my life because I still have daughter to raise.'”

M had met her boyfriend online. She said at first, he was sweet, and the relationship was ordinary.

But once she had been staying with him for a prolonged period, he turned on her and became violent, subjecting her to physical and sexual abuse.

M said she later learned she wasn’t his only victim.

M and her daughter are now safely staying at a women’s shelter.

They had managed to escape in July when her partner forgot his cellphone at home, giving her a rare opportunity to call the police.

As she waits for her case to make it to the courts, M said she wants other women like her to know there is help available.

Vanita Daniels, administrative director for the nonprofit Rise Up Against Gender-Based Violence, said there are droves of women seeking help.

“We are almost five times the international average for femicide — it’s horrendous, those numbers,” she said. “It’s a cause for great concern, especially when we are not, you know, a war-torn country. We’ve had survivors that had to leave their homes with absolutely nothing except the clothes on their backs. And so, they go into a shelter space, and they need everything.”

Despite it being four years since the inaugural presidential summit on gender-based violence, nonprofits supporting survivors say there are still shortfalls in funding and resources from government to meet those needs.

“We on the ground are asking the president what has gone wrong,” said Lisha Stevens, a social worker with Nisaa Institute for Women’s Development in Johannesburg.

“Where have they not assisted? Why are they not reaching a minimum target in gender-based violence deaths? Government needs to intervene, give us a budget, so that we can equip and empower these women.”

Both experts agree that in addition to supporting women fleeing violence, there need to be greater efforts to prevent it in the first place.

Daniels said that requires a societal overhaul in how men and women are treated and valued.

Women’s rights advocates say laws and policies have improved to protect survivors and that the next step is better enforcement.