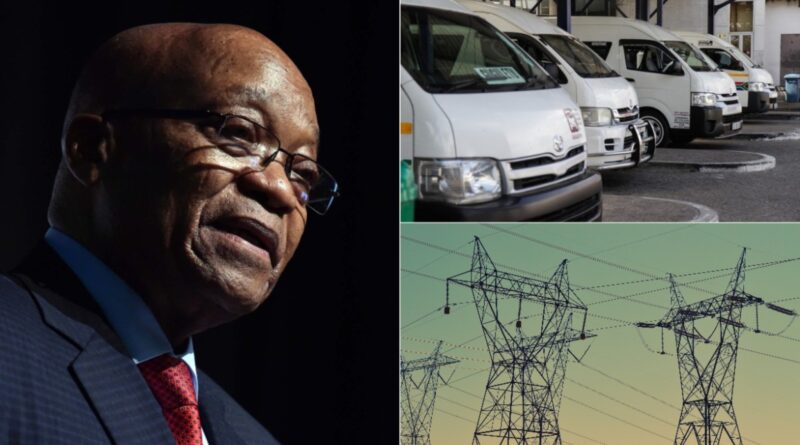 The Supreme Court of Appeal (SCA) has said former president Jacob Zuma must return to prison in Estcourt, KwaZulu-Natal following the dismissal of his appeal about his medical parole, TimesLive reports. Zuma may pursue the option of appealing to the Constitutiobnal Court, which would stall the order. Zuma was handed down a sentence of 15-months imprisonment by the Constitutional Court after he was found guilty of contempt of court for failing to appear before the Zondo Commission of Inquiry into State Capture. He served less than two months before he was granted medical parole by the former national commissioner of correctional services, Arthur Fraser. A successful application to challenge the decision was made by the Helen Suzman Foundation, the Democratic Alliance and AfriForum.

Cape Town commuters have been urged to make alternate travel plans after taxi drivers downed tools to go on a two-day strike, EyeWitness News reports. The labour action comes after a provincial government decision to end the Blue Dot programme, a pilot initiative which incentivised good driver behaviour to improve road safety. Western Cape police spokesperson Novela Potelwa cautioned drivers against taking any illegal action, saying: A stern warning is issued to those who will be participating in the taxi strike in Cape Town and surrounding areas on Monday and Tuesday to please respect the rule of law.”