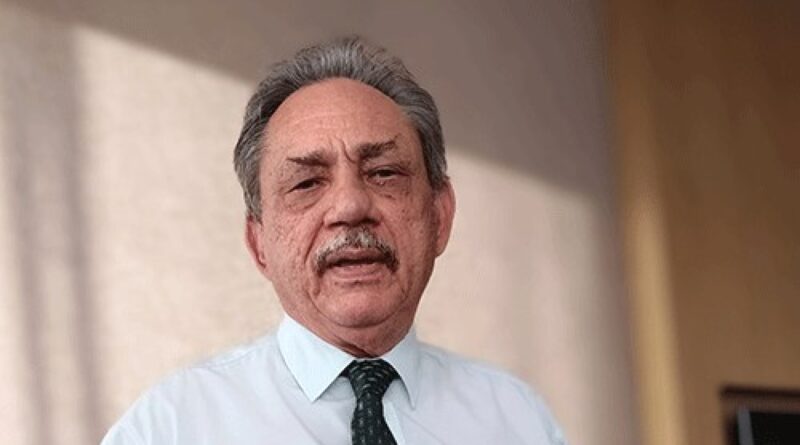 THE speaker of the National Assembly of Seychelles, Honourable Roger Mancienne (RM), is the new president of the SADC Parliamentary Forum, which brings together 15 national parliaments in SADC. This is after he was unanimously elected for two years at the 52nd plenary Assembly Session that took place in Kinshasa, the capital city of the Democratic Republic of Congo (DRC) in early December 2022.

Freelance journalist Moses Magadza (MM) sat down with Mancienne shortly after his election and exclusively interviewed him on his new role, leadership style, the sought-after membership of the Comoros, ongoing work to transform the SADC Parliamentary Forum (PF) into a regional parliament, and other related issues.

MM: Mr President, allow me to join others in congratulating you on your election to the apex position of the SADC Parliamentary Forum.

MM: You could have declined nomination and subsequent election to this position. You accepted. Why?

RM: Well, I have a strong sense of duty. I believe that when I am called upon to do something, I need to make sure that I fulfil an obligation that I should. I believe in this case, the obligation was to my own institution – the National Assembly of Seychelles – and also, of course, the country as a whole. So, serving as the president of the SADC PF does serve the goals of the institution and the interests of my country.

MM: What does it mean to you, personally, and for Seychelles?

RM: To me, it is an extension of my parliamentary work at home. The international dimension that it brings adds something to what I am doing in the National Assembly, and the experience of engaging with issues on a wider scale and at a different level does bring in – first of all – enriching, valuable experience, and also serves my personal goals.

For my country, of course, it brings visibility. We are sure that we are ready to take part in international leadership when called upon to do so, and I believe the role will allow me to make a contribution to Seychelles that the country will get something from.

MM: What is your vision, in line with the Forum’s vision and its objectives, as you begin leading this regional institution?

RM: Well, the National Assembly of Seychelles is concerned with the principles of government that are essential to making the country work well for its citizens. Legislatures across the world in democratic systems are concerned with the protection of freedom, rights, stability and allowing people to engage in self-development, ensuring well-being in various aspects, whether it is in health, personal living standards and so on. So, legislatures are dedicated to very high principles, and to have a vision within this context is to dedicate oneself to these principles. I believe my work in the legislative assembly allows me to work for the good of people in pursuing these principles and our role, of course, at a different level or a wider level, is the same thing when it comes to the SADC Parliamentary Forum. The forum has been concerned with these worthy principles: protection of rights, and ensuring well-being, especially when it comes to the vulnerable sectors of society. The forum has been very concerned with issues like gender equality, protection of women and young girls, protection for children, but also other economic aspects such as food security, development of agriculture, protection of the environment and all issues which are central to the lives of people in all the countries that we are concerned with. So, to be able to serve these principles is, I think, a very worthy vision.

MM: How would you describe your leadership style, and how might it come in handy as you take on this new role?

RM: Well, I like not seeing myself on a different l e vel for being a leader. I am together with the other people who are associated with this work. I am one of many. My leadership style is to engage, to see how we can bring our various talents or qualities together, and how we can bring the best out of ourselves. I believe leadership in this context is about teamwork and about building common efforts, and making sure that we all put our energies towards the same goal.

MM: The SADC Parliamentary Forum is vigorously trying to become a regional parliament. This has been a long-cherished dream. What difference might that envisaged transformation make in your view?

RM: Well, I think it’s a question largely of visibility, and the way in which the body (SADC PF) will be seen as it does its work. Our counterparts at this level are SADC Heads of State and Government. If we are the parliamentary arm of this arrangement, we also need to be operating at a certain level, and our role needs to be recognised. The concept of a regional parliament is more focused on what the institution can be. In its current form, to some extent, the forum does provide space for discussion and consultation, and for us to do the work that we need to do, but it doesn’t have the impact that a regional parliament would have. I think the work of the regional parliament would be more visible at a level where it needs to be.

MM: What relationship would you want to see between the SADC PF if it becomes a regional parliament and other regional bodies on the African continent?

RM: Certainly, it would be one of a group of institutions. The SADC Regional Parliament would be concerned with issues affecting the SADC region. It would be like pieces of a puzzle fitting together, and meshing with what other similar bodies would be doing.

MM: There have been attempts to bring on board the island of Comoros into the fold of SADC PF, with your national parliament playing an active role. What can the region expect from you and your team at the forum in this regard?

RM: The coming on board of the Comoros would complete the representation of the countries of this region. It is something I would be seized with now that I am president of the SADC PF. I will devote time and effort to it.

MM: The curtain has been drawn over the 52ndPlenary Assembly Session. What are your reflections, highlights or takeaways?

RM: I think the most impressive thing is the number and breadth of issues that the SADC PF has been concerned with. There are so many subjects of vital concern to our countries that have come up. As many delegates have explained, what is necessary is also to bring these issues home to see where we stand on them, and what we need to do to apply the proposals, plans and decisions that have been expressed. Where are we falling short? What is it that we are doing well? That way we can see how we can take our own national parliaments forward, and how we can translate these decisions into actions within our countries.

Obviously, as many people know, parliaments are not implementers, but they should be able to bring ideas into the programmes that our governments undertake.

We are concerned with the whole scope of government in our various parliaments, a n d we have the avenues to b r i n g a c r o s s propos a l s and plans to v ar i ous implementing agencies, and this is what we need to do.

M M : M r President, we have to end it here. It was an absolute delight chatting with you.

RM: You are welcome!