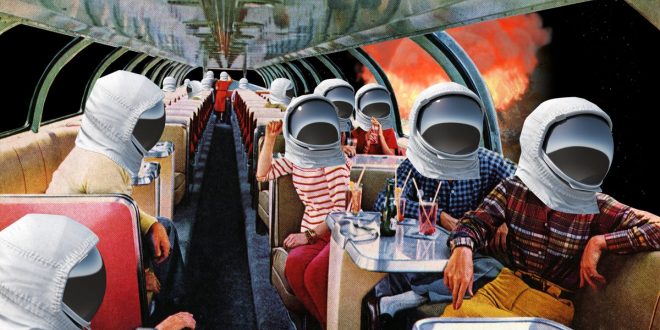 Space Tourism Is a Waste 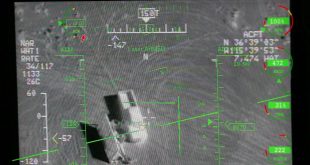 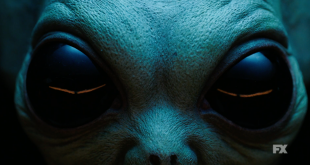 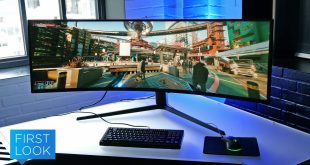 Jeff Bezos, the richest man on Earth, will head into suborbital space on Tuesday. He’ll be the second billionaire to take such a journey this month, getting narrowly beat out by Richard Branson, who recently took an hour-long rocket trip to the edge of space. Next year, Elon Musk—who has traded the world’s-richest title with Bezos a few times this past year—will also head to space on Branson’s Virgin Galactic’s spaceplane.

If these billionaires get their way, there will be more of these flights in the future. Virgin Galactic has said it already has $80 million in deposits and sales plunked down for its flights. All three of these men are gunning to make “space tourism” a thing. But it comes with a major cost to the rest of us.

For the super-rich, a few minutes spent experiencing weightlessness and viewing the curvature of the Earth could leave humanity footing an ever-larger carbon pollution bill. It also reflects the increasingly unsustainable levels of inequality and concentration of power, which, coupled with the climate crisis, will lock in suffering for billions. That’s nothing to celebrate.

Neither Bezos nor Branson has been particularly forthcoming about the environmental impact of their flights. But then that’s precisely the problem. The initial climate impact of an individual space tourist flight may be comparatively small, but they will add up. And each flight signals something more ominous to come.

We know those impacts can be large in part because they emit pollution directly into the stratosphere. Studies show this can deplete the ozone layer that protects us from harmful ultraviolet rays and that the world has worked so hard to restore. (For its part, Blue Origin claims its effect on the ozone layer will be minimal.)

Then there are greenhouse emissions to worry about. The VSS Unity winged spaceship that Branson took to space runs on a combination of nitrous oxide and hydroxyl-terminated polybutadiene (HTPB). HTPB is
made out of butadiene, which is a byproduct of using steam crackers to turn petroleum or natural gas into ethylene—a highly polluting process that releases emissions that are both toxic and planet-heating.

Bezos’ New Shepard rocket, made by his company Blue Origin, runs on a combination of liquid oxygen and liquid hydrogen. Though neither of those emit carbon when they’re burned, producing liquid hydrogen usually does. Compressing and liquifying the oxygen for the fuel is also an energy-intensive process that, if not done using renewables, results in carbon pollution.

Refining and burning these fuels isn’t just the equivalent of a tank of gas for your car. They’re not even necessarily equal to using jet fuel to hop a coast-to-coast flight.

“The Virgin Galactic flight carried six passengers and reached an altitude of 53 miles [85.3 kilometers], and from information provided by Virgin Galactic, we can estimate that carbon emissions per passenger mile are about 60 times that of a business class flight,” Peter Kalmus, a climate scientist at NASA’s Jet Propulsion Laboratory, said, adding that “more research is needed to understand the full climate impact.”

Branson has said that the emissions from his flight will be offset by investing in projects that suck up carbon elsewhere. But planting trees and encouraging regenerative agriculture doesn’t undo the damage of his joy ride. Forestry offset projects have also proven to be both ineffective and unjust. Blue Origin, meanwhile, has focused on how much less polluting Bezos’ flight will be than Branson’s was.

These flights to the edge of space will add to Bezos’ and Branson’s individual carbon impacts, which are already cartoonishly large thanks to their propensity for behavior such as regularly flying private. (A single private jet trip can emit nearly double the amount of carbon than the average American does in an entire year). But though infuriating, there aren’t that many of these flights taking off, so the overall environmental effects aren’t that big.

“Contemporary attempts to boost suborbital and orbital space tourism (such as those attempted by Virgin Galactic and Blue Origin) are still at an early stage of development,” said Nikolaos Iliopoulos, a doctoral candidate in sustainability at the University of Tokyo who researches space travel’s environmental impact. “Thus, as of today, space tourism presents limited socio-environmental impacts as space tourism vehicles travel to the orbit and back.”

But in the near future, Branson and Bezos as well as Musk want that to change. Branson’s Virgin Atlantic wants to “open space to everyone.” Bezos’ Blue Origin wants to “increase access to space.” And Musk’s SpaceX wants to “make humanity multi-planetary.”

Though these companies all make it sound like the missions are for the masses, the price tags say otherwise. A yet-unnamed person, for instance, paid $28 million to be a passenger on Bezos’ Tuesday trip up to space. (They subsequently and improbably had a scheduling conflict, and an investment firm CEO’s 18-year-old son will take the seat instead.) Future Virgin Galactic flights are priced between $200,000 and $250,000.

Rich people are already responsible for a disproportionate amount of carbon emissions. Just 1% of the global population is responsible for half of the world’s commercial flight emissions. That doesn’t even account for the even more elite select few who can fly private.

“When you look at the aviation sector, private jets are so much worse on a per passenger basis than a regular plane full of economy class passengers just because fewer people are traveling on each one,” said Clare Lakewood, senior legal director at the Center for Biological Diversity. “You put just one or two people in a rocket, and you’ve got something orders of magnitude worse that would supersize the carbon footprints of people that already have the largest ones.”

Globally, individuals in the richest 1% are already responsible for 175 times more greenhouse gas pollution than the average person in the bottom 10%. If space tourism takes off, it could make these disparities even worse.

Don’t get me wrong, there are good reasons for space travel. Without it, we wouldn’t have satellites that help us track dangerous weather and our changing climate. Learning about other planets is important, too, not only for its own sake but also because it helps us understand our own. Observing Venus and Mars has helped scientists better understand the climate crisis on Earth. The search for life beyond Earth also can’t happen without sending probes out into the solar system. Space exploration can even help us understand the beginning of the universe, allowing us better understand our place in it.

But space exploration is not the same as space tourism. While the former is conducted for the worthy goal of understanding what’s beyond our atmosphere, the latter only serves the interest of the super-rich who want a thrill and the billionaires who own the companies that can provide it. It’s one of the most glaring illustrations of rising inequality. What’s more, it could widen the gap further by worsening the climate crisis and forcing the most vulnerable to suffer the impacts while the rich snap space selfies.

Even if we create truly clean fuels someday, using them for space tourism to enriches billionaires is still not sustainable. Concentrated wealth is concentrated power, and concentrated power is bad for the Earth. We’ve seen the democratic decay and the planetary danger posed by putting so much money in the hands of the few. Musk has ignored labor regulations and bullied California officials during the pandemic. (Hundreds of his employees got covid-19.) Bezos has pretended to give a damn about the climate with his venture capital fund—which will inevitably enrich him further—even as Amazon helps oil companies more efficiently extract fossil fuels. Lining the pockets of these men through space tourism will further corrode what we hold dear.

But couldn’t space tourism be the beginning of space colonization, helping us to ensure we have a livable future even if the climate crisis makes Earth uninhabitable? These billionaires want us to think so. SpaceX wants to colonize Mars as a space outpost for when life on Earth is no longer tenable. Bezos wants to build colonies orbiting Earth to support billions of people. But put simply, these proposals are absurd. They’re not going to come to fruition, and they’re certainly not going to create a sustainable alternative to life on Earth, a planet that has all the life support systems we need if billionaires would just stop wasting them.

Consider that at any given time, there are a handful of people in low Earth orbit on the International Space Station. Unlike, say, Mars, it’s a relatively protected part of space, located firmly within Earth’s magnetic fields, which makes it comparably safe from the radiation produced by gamma rays and cosmic rays as well as destructive solar winds. But it still takes thousands of workers on Earth and regular restocking trips to the ISS just to keep those few people alive.

“We don’t even pretend that the International Space Station is an independent system, and it’s protected by our magnetic fields. It’s got easy delivery to and from Earth, and it’s still hard to live there. We certainly couldn’t just cut it off and have the astronauts live there without a constant stream of resupplies,” Mika McKinnon, a field geophysicist (and former writer for Gizmodo), said. “This idea that we can colonize other places is just bullshit. Earth is easy mode, and we can’t even maintain livable conditions here.”

Leading climate scientists have made it clear that if we’re going to have a shot in hell at repairing Earth’s deteriorating conditions, we’re going to have to restructure society. As Sarah Diamond, associate professor of biology at Case Western Reserve University in Cleveland and an author of one recent landmark report told me, that will require “a profound collective shift of individual and shared values concerning nature.” That means not wasting Earth’s resources on pointless spectacles that only serve the rich. It means not organizing our whole society in a way that enables a handful of people to accumulate stratospheric wealth, while everyone else suffers in economic and ecological disparity. We should be focusing all our efforts on securing a livable future on this planet—not celebrating flashy indulgences of billionaires at the edge of space.