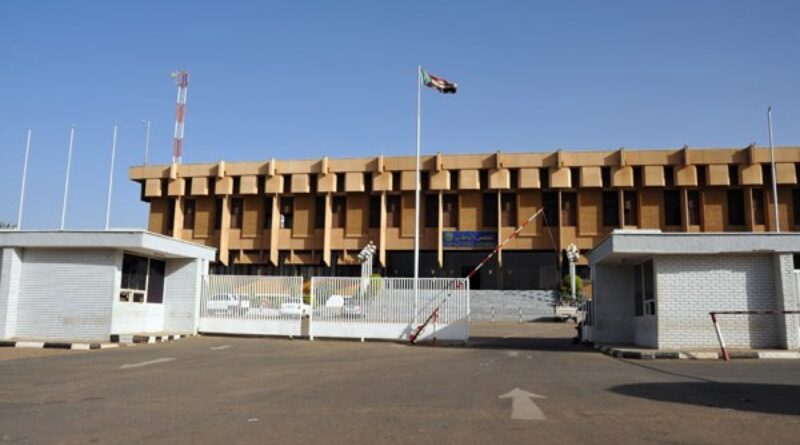 Khartoum — The Forces for Freedom and Change-Central Council (FFC-CC) maintained that only certain parties are entitled to sign the Framework Agreement and that it refuses to “flood the political process” with parties that are not interested in democracy. Rebel leader Malik Agar called the agreement “exclusionary and weak” and Wajdi Saleh said that it “will not lead to a democratic transition”.

The FFC-CC have renewed their assertion that the FFC-Democratic Block is not interested in signing the Framework Agreement and indicated that the only parties entitled to sign from the FFC-DB have been previously agreed upon, namely the Justice and Equality Movement and the Sudan Liberation Movement led by Minni Minawi.

Shehab Ibrahim, spokesperson for the FFC-CC, told Radio Dabanga in an interview that the alliance refuses to “flood the political process” with parties that are not really interested in democracy.

He said that the groups entitled to sign the agreement are the country’s resistance committees, the Communist Party of Sudan (CPoS), the Arab Socialist Ba’ath Party, the Sudan People’s Liberation Movement-North under the leadership of Abdelaziz El Hilu (SPLM-N El Hilu), and the mainstream Sudan Liberation Movement headed by Abdelwahid El Nur (SLM-AW), along with the Justice and Equality Movement (JEM) headed by Jibril Ibrahim, now minister of finance, and the SLM split-off faction led by Minni Minawi.

The latter two are both members of the Democratic Block.

The newly-formed Forces for FFC-DB included the National Accord Forces (NAF), the Democratic Unionist Party (DUP), the Arab Socialist Ba’ath Party, and others.

The NAF, themselves a split-off faction of the FFC also referred to as the FFC-National Accord, are an alliance of former rebel movements including the Justice and Equality Movement (JEM) led by Jibril Ibrahim, currently Minister of Finance, a Sudan Liberation Movement spit-off faction headed by Minni Minawi, now Governor of the Darfur Region, and the Democratic Justice Alliance headed by Mubarak Ardol, director of the Mineral Resources Company and former member of the Sudan People’s Liberation Movement-North (SPLM-N).

There has been disagreement within the Forces for Freedom and Change with regards to a political settlement with the military. The current negotiations that led to the signing of the Framework Agreement and will likely lead to a Final Agreement are predominantly led by the Forces for FFC-CC, also referred to as the mainstream FFC.

The Ba’ath Party recently left the Forces for Freedom and Change altogether due to the fact that the majority of coalition parties signed the Framework Agreement, which the party believes is “devoted to legitimising the October 25 coup”.

Malik Agar, member of Sudan’s Sovereignty Council and head of the split-off Sudan People’s Liberation Movement-North (SPLM-N Agar), says that external pressures were exerted on the civilian and military parties to enter the dialogue that led to the Framework Agreement.

In an interview with the Blue Nile satellite channel, Agar called the Framework Agreement “exclusionary and weak” and said that it “carries the seeds of its annihilation”.

He described the signatories as “a minority representing the elite of Khartoum with a complete absence of people living in the rest of the country”.

He explained that the number of officially recognised signatories does not exceed 13 parties. The rest of the groups are split-off factions of various parties. The vast majority are outside the Framework Agreement, he said.

The Juba Peace Agreement (JPA) cannot be reviewed through the Framework Agreement, Agar further argued, as the JPA has special mechanisms for review.

Agar accused the Trilateral Mechanism of overstepping its role of facilitating mediator.

Wajdi Saleh, a well-known lawyer and leading member of the Socialist Ba’ath Party, rejects the Framework Agreement because “it legitimises the coup, prolongs its life, and will not lead to a democratic transition”.

Saleh said on Twitter yesterday that the draft Transitional Constitution, which was drafted by a 35-member committee after the workshop of the Sudanese Bar Association (SBA) in August, “was in line with the spirit and goals of the revolution”.

He referred to his participation in the drafting committee as a representative of the mainstream Forces of Freedom and Change (FFC) among 35 members representing various parties.

The proposals of the military for substantial amendments to the draft constitution were approved by FFC without much discussion, he said. The Ba’ath Party had submitted its comments in writing, but the majority of the FFC alliance did not react to the comments and the party was not given opportunities for discussion.

Saleh said that the Framework Agreement is the result of amendments made to the draft constitution text written by the SBA. It “will not lead to a democratic transition, but rather lead to the fragmentation of the home front”.

He stressed that civilians will not have any authority over the military institutions according to the Framework Agreement and they will not have the powers to appoint and dismiss the army commander-in-chief for instance.

“The military coup of last year cannot be ended with this political agreement,” he said. “We need to avoid side battles and move forward towards political strikes and civil disobedience actions to reach our revolutionary goals.”

Saleh, who is also the former head of the now-dissolved Empowerment Removal Committee* (ERC) and has been an outspoken opponent of the ousted Al Bashir regime, has faced a series of legal prosecutions, arrests, and attacks at the hand of the military junta since the October 2021 coup.

* The full name of the ERC is the Committee for Dismantling the June 30 1989 Regime, Removal of Empowerment and Corruption, and Recovering Public Funds. It was set up by the government of Abdallah Hamdok at the end of 2019 with the aim to purge Sudan of the remnants of the Al Bashir regime. Empowerment (tamkin) is the term with which the ousted government of Omar Al Bashir supported its affiliates by granting them far-going privileges, including government functions, the setting-up of various companies, and tax exemptions.