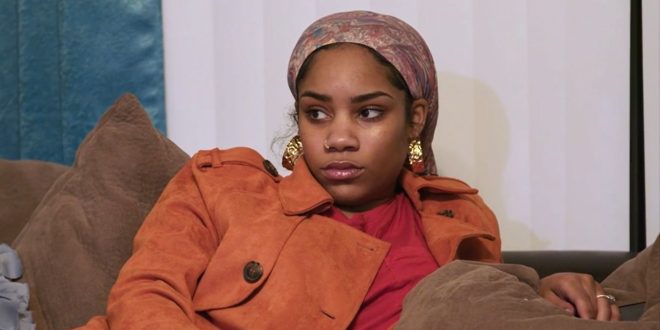 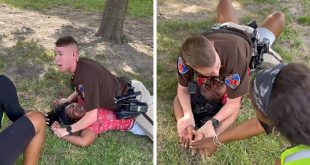 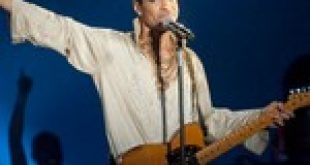 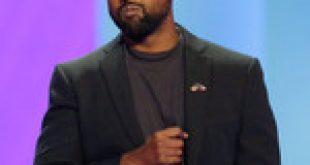 Ashley and Bar have expressed that “racism has always been a thing” they’ve endured, but the social media attacks “picked up” when they spoke out about the Black Lives Matter movement. And during tonight’s Teen Mom 2 episode, Holly’s parents were brutally honest about the recent onslaught of hateful speech directed at them.

“People know we’re Black, but when we put it in their face, they’re like, ‘Oh, that’s too Black. That’s too much Black,'” Ashley stated.

And even though the two get “hateful DMs” as it is, the language has shifted more toward “blatant disrespect and racism.”

“We’re a young Black family that is on TV, that is trying to do something with our lives,” Ashley said. “And that upsets people for whatever reason.”

This prompted her to think about Holly and how it will be imperative for her to understand the reality of racism in America. The vicious rhetoric also made Ashley harken back to how she was raised, so she wanted to see her mom Tea and stepdad Ted. Coincidentally, the visit (Bar attended as well) occurred on the anniversary of Breonna Taylor’s death.

“It’s a lot that has happened this entire year,” Tea stated, while Bar said he was proud to be a part of the generation fighting for change.

The conversation pivoted to Ashley’s childhood and how she didn’t remember witnessing racism firsthand. But Tea said that Ashley was being “shielded” from it — and the MTV grandmother revealed she was once called a racial slur in a store and then slapped.

Meanwhile, Ashley remembered, “It was a normal thing for me to be the only Black girl in an all-white school.”

Tea explained that Ashley went to that school so that she could “have a chance” years down the line. But it did not come without planning and challenges.

“We skipped districts and go to different districts,” Tea explained. “It sounds disgusting, just hearing myself say it. The opportunity should be given to her no matter where I live. But unfortunately, that’s the dream most Black people are facing.”

Keep watching Ashley, Bar and their family every Tuesday on Teen Mom 2 at 8/7c.