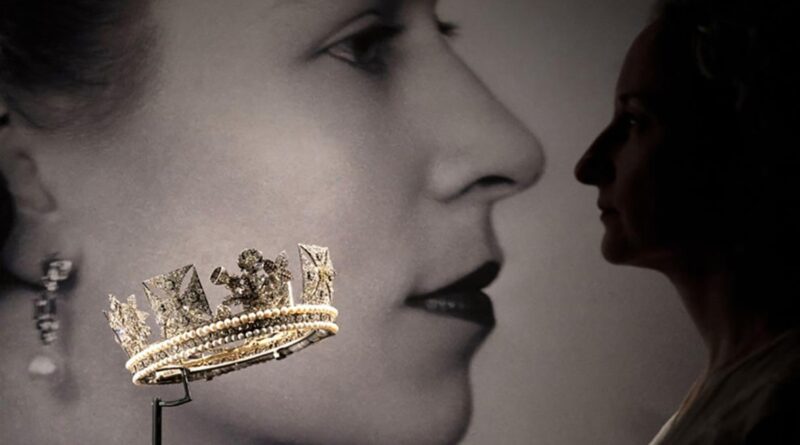 On a visit to London in 2016, then President Barack Obama called Elizabeth II one of his favorite people, a source of inspiration and “a real jewel to the world and not just to the United Kingdom.”

Queen Elizabeth’s dedication to public service persisted right up until the end as she formally invited the 15th prime minister of her 70-year reign to form a government just two days before she died.

Due to her ailing health, it was the first time in those seven decades she hadn’t carried out this important constitutional duty at Buckingham Palace. And people were certainly shocked at how frail she looked and the bruising on her hands when they saw photos of the queen greeting incoming PM Liz Truss.

But, at the risk of employing an extremely overused word, it defined her steadfastness in difficult circumstances and determination to do the right thing. As one TV pundit commented, the queen wasn’t one for taking a personal day when she felt under the weather.

Just two days later she was dead. A simple message on a framed plaque pinned to the gates of Buckingham Palace stated: “The Queen died peacefully at Balmoral [Castle] this afternoon.”

Quite what the queen really thought of one-time anti-monarchist Truss – and her hapless departing predecessor Boris Johnson – is probably best taken to the grave with her, given the first PM she interacted with as a 25-year-old monarch back in 1952 was Britain’s iconic wartime leader Sir Winston Churchill.

Her diaries will not be published in our lifetime, but I would sure love to read the full unvarnished truth about her view on history and the events she oversaw and participated in.

There can’t be many individuals whose death brought together individuals as disparate as President Biden, former Presidents Obama and Trump and Russia’s leader Vladimir Putin in paying fulsome tributes to her.

At a time when politics is a mess in many parts of the world and divisiveness is the common currency, Elizabeth II’s ability to embody public service and act as a guiding light to her nation and the world in a tumultuous time is a quality we could do with much more of.

During her reign she greeted 14 U.S. presidents, from Harry Truman to Joe Biden via Kennedy, Nixon, Reagan, Clinton, the Bushes, Obama and Trump, missing out only on Lyndon Johnson though she met Herbert Hoover when she was plain Princess Elizabeth.

The queen had a unique respect for our two countries’ special relationship born of her experiences during the Second World War and the part U.S. forces played in defeating the Nazis.

On Thursday evening the Empire State Building was lit up purple and silver to mark the passing of Elizabeth II. And President Biden ordered all flags at U.S. federal and military facilities to fly at half-staff “as a mark of respect.”

During the third of her visits to New York City, in 2010, she visited the Queen Elizabeth II September 11th Garden in Lower Manhattan commemorating British and Commonwealth citizens who lost their lives in the horrific terrorist attacks of 2001.

What has all this got to do with public relations you might ask. Well, who in public life experienced so many organizational and institutional transformations, crises, brand refreshes, communication challenges and pivot moments than Queen Elizabeth II? She was synonymous with Brand Britain, warts and all. She knew when the royal brand needed to move on and change.

As anyone who watched The Crown – a fictional series based on real-life events some would say is not 100% accurate historically – will know, she navigated significant challenges from her initial years as an unexpected heir through to the tricky unravelling of a colonial British Empire into a more progressive Commonwealth.

She endured backlashes against the royal family including the fallout from the death of Princess Diana and sexual assault allegations against Prince Andrew related to his friendship with Jeffrey Epstein.

And, let’s be clear, there is much more than that to be considered problematic about the royal family and British monarchy as an institution, which some characterize as the embodiment of an empire that profited from racism, genocide, oppression, forced labor and colonial privilege.

Many Americans, especially those descended from former British colonies in Africa and Asia, will shed no tears at the passing of a monarch who to them represents nothing but racism, slavery and violence.

Less than a year ago, Barbados dropped the queen as its head of state and became a republic. Other countries from the Caribbean and elsewhere may also now step up considerations of leaving the Commonwealth.

But, despite the fact that I am by no means a royalist, I surprisingly reacted extremely emotionally when I heard the news of her death. Millions of Britons like myself grew up knowing nothing else – more than 80% of the population was born during her reign – and the attachment to the queen and her family is very personal.

Brits have grown up with the queen and their personal narratives are told through the lens of the royal family presiding semi-benevolently over us. It’s part of the fabric of our lives and fundamentally defines us, whether we like it or not.

As a punk rock-influenced surly teenager in the 70s I remember stubbornly avoiding all the street parties that accompanied the queen’s Silver Jubilee celebrations in 1977, eschewing the jelly, ice cream and Union Jacks to stay indoors during a blistering hot summer listening to my Sex Pistols records. But I was definitely in the minority as most of the rest of the country celebrated.

Every year, Christmas Day was synonymous with the queen’s speech. Tradition dictated that you had to sit down with the family at 3:00pm and listen to the annual utterances of our monarch, which were usually pretty banal but somehow comforted people that everything was alright with the world and things could continue as normal for another year.

When Princess Diana was killed in a car crash in Paris in 1997, most of my family happened to be in the same place and we stayed up late together watching TV in shock as the horrific events and their consequences unfolded.

Most of all, my emotional reaction reminded me of my mum and grandmother, both staunch royalists who loved the queen. Mum wouldn’t hear a word against the royal family, even during the “annus horribilis” of 1992 when the queen’s beloved Windsor Castle was struck by a devastating fire and three of her four children’s marriages fell apart.

These stories are common to millions of my fellow citizens. She has been a constant in most of our lives and we have no experience of existing under another monarch. Somehow she managed to rise above the travails of her dysfunctional family and colonial legacy to retain the affection of the general population.

She understood the power of TV and communication to connect with people throughout the U.K., the Commonwealth and the world. Her coronation was the first to be televised. She quickly transformed the annual Christmas address from radio to TV. And when the image of royalty was taking a hit from the progressiveness of the Swinging 60s, she let the cameras into her family for a BBC fly-on-the-wall documentary called The Royal Family.

The treatment of the “People’s Princess” by the royal family and, especially the queen’s son Prince Charles, came to a head in 1997 when Diana tragically died. For once, the queen initially put family before duty and communication was slow. But she quickly took the pulse of the nation and afforded Diana the same respect as a blood relative, broadcasting a rare live speech and connecting with her subjects in person.

Elizabeth II only became queen because her uncle, Edward VIII, chose to marry a U.S. socialite and divorcée, who also happened to be a fascist sympathizer, but it was the marital status that truly offended the establishment. Her father Albert was crowned King George VI and his daughter became heir to the throne, ascending to that position in her mid-20s at a time when the whole institution was at threat, not for the first time as it turned out.

It was poignant to see the TV pictures of her last year all alone at the COVID-impacted funeral of her husband Prince Philip, “her strength and stay,” who died aged 99 after 73 years of marriage. As is often the case, her health deteriorated once her life partner passed away and she was only able to take part in a few of the celebrations for her Platinum Jubilee this summer.

Her 73-year-old divorcé son now becomes King Charles III, another sign of the vast changes in society since the start of her reign in the 1950s. A unique moment of transition is happening before our eyes. The words of the national anthem will change, as will the face on British and other countries’ stamps, coinage and currency.

It will be up to him to ensure the continuity and modernization of an institution that has at various times seemed on the verge of irrelevance and breakdown.

In the meantime I will mark the anniversary of 9/11 this weekend by taking a quiet trip to the Queen Elizabeth Garden to pay my respects to the innocent people who died on that day 21 years ago, as well as to an irreplaceable British and global icon who defined our age.

A great lover of animals, especially horses and corgi dogs, the queen also had a mischievous sense of humor. She starred in a segment with Paddington Bear this summer for her jubilee. Paddington’s Twitter account today simply said: “Thank you Ma’am, for everything.” In a skit in 2012 to mark the London Olympic Games, the queen appeared with 007 James Bond actor Daniel Craig, playing herself as she appeared to parachute into the athletics stadium.

Both episodes illustrated another element of her skills as a master communicator and reminded us of the intrinsic part she played in establishing Brand Britain and stabilizing the nation as it faced up to repeated challenges and crises, not least what it is currently experiencing in terms of war in Europe and political and economic turmoil.

As the queen’s death was announced around 6:30pm on Thursday evening local time, a perfect rainbow poignantly formed over Windsor Castle and Buckingham Palace.

I’d like to think Queen Elizabeth II has now traveled over the rainbow bridge to reunite with her husband Prince Philip and her beloved corgis.