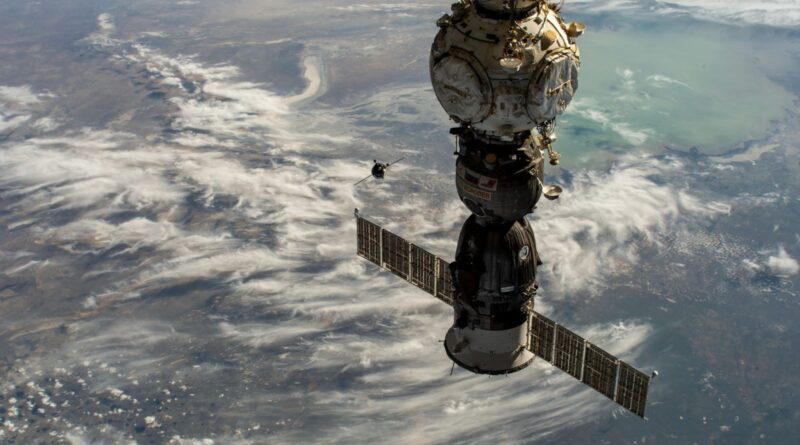 NASA’s Earth Observatory has been presenting us with images of our pale, blue dot since it began in 1999, allowing us to get a birds eye view of what different parts of our planet look like. While Earth Observatory has a ton of photos accumulated by satellites orbiting the planet and astronauts aboard the International Space Station, it features one special image every day from its archives. Here’s our roundup of some of the coolest photos they featured in June.

Bagana, located on Bougainville Island in Papau New Guinea, is a 1,855 meter (6,086 foot) tall volcano with its first eruption as far back as 1842 according to the Smithsonian Institution’s Global Volcanism Program. This image of smoke plumes rising from Bagana was captured by Landsat 9’s Operational Land Imager 2 on May 28, and was shared as Image of the Day on June 2.

Summer algae blooms are in full force, with this particularly technicolor bloom popping up in the Bristol Channel off the southern coast of Wales. NASA says that this particular bloom could be a swarm of coccolithophores, which are phytoplankton with a microscopic plating of calcite. The Moderate Resolution Imaging Spectroradiometer (MODIS) aboard NASA’s Aqua satellite took this image on June 3 and it was shared as Image of the Day on June 4.

Astronauts aboard the International Space Station snapped this image of Winnipeg with a digital camera while the station was in orbit above Canada on January 6, 2020, and it was crowned Image of the Day on June 5, 2022. Winnipeg is the capital city of Canada’s Manitoba province, and the city is home to a population of over 830,000 people according to a 2021 Census. Here, the Red River and Assiniboine River snake through the city’s downtown.

According to Alaska Wildland Fire Information, 4,763 lightning strikes zapped Alaska across June 4 and 5, 2022, which ignited several wildfires across the state. NASA’s Moderate Resolution Imaging Spectroradiometer (MODIS) on the Aqua satellite got a birds eye view of some of these fires on June 10, and Earth Observatory shared the image as Image of the Day on June 15.

Landsat 8’s Operational Land Imager took an image of Hampton, Virginia and the Chesapeake Bay on June 10, with NASA Earth Observatory sharing it as Image of the Day on June 19. The area seen in the center of this image is Fort Monroe National Monument, or “Freedom’s Fortress,” which saw the landing of the first slaves kidnapped from Africa in 1619.

This cotton ball-shaped cloud appeared over the Caspian Sea, and was caught by the MODIS aboard NASA’s Terra satellite on May 28, and shared as Image of the Day on June 16. The cloud is an estimated 100 kilometers (60 miles) wide and NASA says the cloud is a stratocumulus, citing Bastiaan van Diedenhoven who is an atmospheric scientist at SRON Netherlands Institute for Space Research.

Another phytoplankton bloom was observed, this time in the Black Sea, which caused swirls of pale blue to appear in the body of water as the phytoplankton followed the sea’s currents. This is a composite image of data acquired on June 20 from the Visible Infrared Imaging Radiometer Suite (VIIRS) on the NOAA-20 satellite as well as the VIIRS on the Suomi National Polar-orbiting Partnership satellite in order to eliminate the sunlight’s glare on the image. NASA’s Earth Observatory shared this as Image of the Day on June 28.