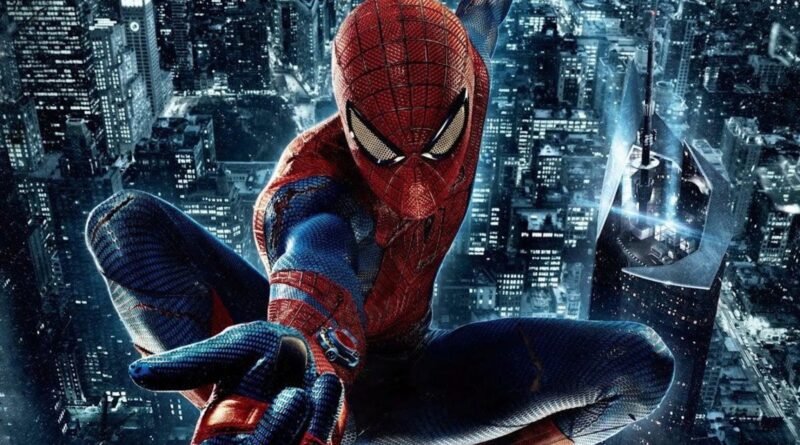 It isn’t just Transformers that’s celebrating a milestone this holiday weekend. Back in 2012, Sony returned to Marvel Comics’ most popular hero with The Amazing Spider-Man, a reboot completely separate from the original Sam Raimi trilogy, for better and for worse. And ten years later, the two-film franchise (well, two-and-a-half, technically) has managed to find its own place in the increasingly crowded superhero space, just likely not the one it intended.

The original Amazing certainly had the odds stacked against it: not only was it replacing a Spider-Man 4 that fans of Raimi’s saga had been hoping for, it was coming out at a time when reboots were still finding their footing. For every Star Trek or Girl With the Dragon Tattoo, there were at least three of The Thing or Total Recall reboots. (Or, well, the aforementioned Transformers.) Despite all that, and coming a little over a month after the first Avengers movie took over the entire planet, Amazing 1 managed to get both solid reviews and a $758 million global box office, securing this Spider-Man’s cinematic future, if only for a short time before Sony finally struck up a shared custody deal with Marvel Studios for Tom Holland’s MCU Peter Parker.

Whether you want to view this as an observation or an insult, the Amazing duology is basically the CW-fictation of Spider-Man. (Would it have just been called Spider?) Director Marc Webb, previously best known for the 2009 romcom 500 Days of Summer, plays up the melodrama of Peter Parker’s civilian life whereas Raimi’s trilogy had an even split between Peter and Spider-Man. As played by then-rising star Andrew Garfield, the Amazing Peter is a more moody, openly messy teenager than the quietly tortured soul that Tobey Maguire spent three movies and several pensive gazes enchanting audiences with during the 2000s. With the way he stammers and cracks wise with Emma Stone’s Gwen Stacy, Amazing feels more at home being a romantic story about a superhero rather than a superhero story about a romance, should that make any sense. All that angst and repetition due to failing to let lessons sink in are part and parcel for multiple CW shows; across multiple episodes and seasons, the frustration can be spread out. Not so for a feature film, which is what ultimately doomed 2014’s Amazing Spider-Man 2 in particular.

Garfield brings some great physicality to the fights against Rhys Ifans’ Lizard and looks amazing when swinging through New York, but it’s the YA angst underpinning everything where he really excels. For all the guff that gets thrown this at this particular Peter, he succeeds at feeling like he feels he’s constantly alone and just wants to connect with someone. It’s a very teenager-like mindset, and one that he’s still unable to shake off, even when we catch up with the character again in Spider-Man: No Way Home. As he winds up in the reality of MCU Peter and manages to form some kind of connection with both that Peter and his cinematic predecessor—both of whom have gone through equally chaotic events as himself in their lives—he can’t entirely let himself relate to them. It’s to the point that Tobey’s Peter has to actively call him on it and offer Amazing Peter a moment to just let himself be appreciated, which he doesn’t really take.

Of the three Spider-Man eras that have existed in our current lifetime, it’s the Amazing duology that’s clearly had the roughest go of them all. But in our current age of critically re-evaluating people and things we previously wrote off or outright hated, it’s the had the easiest time winning folks over. Perhaps we’ve become more kinder to different takes on the superhero genre, maybe this iteration of Peter Parker just offers more to work with on a character level since prior to No Way Home, Holland’s Peter could feel more like an audience POV fanboy to some. Whether it’s for those reasons, or the simple act of being a contrarian, the two movies have found their audience, and its stars have continued to find success. Since these films wrapped up, there’s been no shortage of appreciation for Garfield, who had a really strong 2021 between No Way Home and Tick, Tick…Boom!. Similarly, Stone has built up a strong resume over the past decade, while also managing to navigate the franchise game via Dreamworks’ The Croods and Disney’s Cruella. With how blockbusters can often treat rising stars so poorly, watching Garfield, Stone, and Dane DeHaan—who very briefly, served the reboot series’ Harry Osborn—continue to thrive in the decade since has been good to see play out, if nothing else.

Even as the Amazing franchise was just getting off the ground, it was a little unclear how long it would go on, and that hasn’t entirely changed in the decade since. We’re now in an age where any former superhero actor could wind up coming back, something that Sony is actively aware of as they try to figure out how to sketch out their future in the superhero genre beyond Spidey’s animated protégé and goofy dark counterpart. But maybe an Amazing Spider-Man 3 should always stay as a “what could’ve been” rather than a tangible thing. Amazing 2 ended with its Peter prepared to go out and do the work again, and No Way Home served as a fitting epilogue that left him feeling a little lighter than when we last saw him. For a franchise that was at its best during the quieter moments, it’s fine, and perhaps even fitting, that Amazing doesn’t conclude on a cinematic swing through New York, but with its Peter finally getting the family that he’s always wanted.