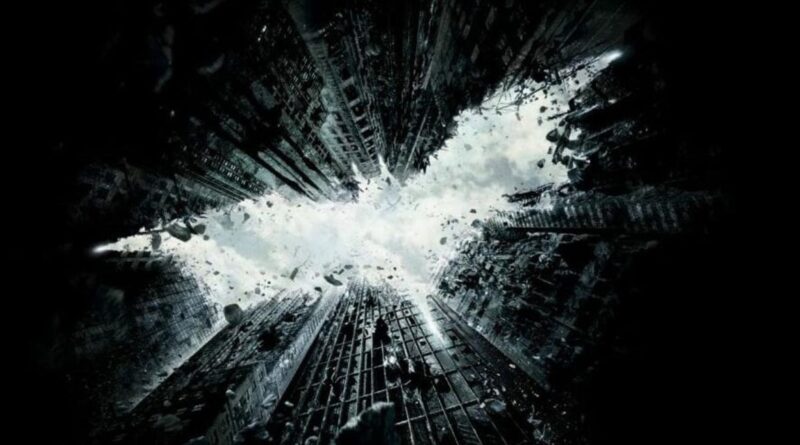 Several of the retrospectives we’ve done this month have been focused on Marvel or other Disney IP. It’s just the nature of the beast, but Marvel’s Distinguished Competition—aka DC—has a pretty big landmark of its own to celebrate in the year of 2022. That’s right, it’s time to talk about our old pal, Batman.

Christopher Nolan’s The Dark Knight Rises released in New York on July 16 back in 2012, followed by a wider release on July 20, and was the final installment of the director’s critically and commercially acclaimed grounded reboot of Batman. Set about a decade after the end of 2008’s The Dark Knight, Bruce Wayne (a returning Christian Bale) has retired from being Batman and lived in his mansion as a recluse, with Gotham’s crime rate gone severely down after Harvey Dent’s death was used as the catalyst for Gotham’s police department to expand their power. But when Anne Hathaway’s Selina Kyle pops into his life and Wayne Enterprises is taken from right under his nose, Bruce gets pulled back into the lifestyle he’s spent the last eight years avoiding. And just as gets back into the swing of things as Batman, Bane (Tom Hardy) shows up in Gotham. After Bane does what he must always do, Bruce has to get his groove back and fix his back if he has any hope of saving Gotham from Bane and the remnants of the League of Shadows under the masked mercenary’s command.

Like with Begins and Knight, Rises earned highly positive reviews from critics and killed it at the box office, becoming Nolan’s highest-grossing movie ever at $1.081 billion globally when all was said and done. (The second Batman film to do so, the second being its direct predecessor.) In addition to being the third highest-grossing film of 2012 behind The Avengers and Skyfall, the film’s considered one of the best superhero films ever made, and one of the best films of the 2010s. While it may not have the cultural staying power that Knight did, thanks largely to the late Heath Ledger’s Joker, Rises has a legacy all its own, even if much of it stems from everyone, even the Harley Quinn cartoon, swearing that no really, they have a killer Bane impression.

10 years after the fact, The Dark Knight Rises is the last big budget superhero film to both go out on its own, non-box office dictated terms, and the end of the superhero movie genre’s relationship with self-contained stories. Once The Avengers and MCU became the biggest thing since sliced bread, there’ve been multiple imitators in its wake. From Power Rangers and Valiant Comics to Godzilla, to even DC itself at least three times, Hollywood got hit with a case of the Cinematic Universe. Nolan’s Batman films never really pretended such a thing was on their mind. In fact, Nolan’s slowly weaned himself away from the superhero genre since 2012: he conceived the story of 2013’s Man of Steel with its screenwriter David Goyer, and addition to serving as executive producer, the latter role he would return to for Batman v. Superman and both the 2017 and 2021 versions of Justice League.

Even in the age of forward momentum and plotting for the Big Blockbuster to End All Blockbusters, the isolated spirit of Nolan’s trilogy lives on in spades. The Batman from earlier this year is about as focused squarely on its titular hero as Nolan’s films. Sure, there’s two TV spinoffs in the works, but they’re firmly focused on elements of the Bat-mythos and come across as natural extensions of the film rather than some sort of obligation in order to stand toe to toe with brand rivals. And speaking of, it was Marvel, of all people, who tried their hand at self-containment in the form of Moon Knight. Unlike much of the recent shows and movies, Oscar Isaac’s supernatural thriller doesn’t feel the need to remind you all the time that it’s in the same world as the Avengers or Daredevil.

Whatever you think of Nolan’s Knight trilogy and Rises in particular, there’s something commendable about how it only focused on itself right up until the very end. These films popularized several trends in modern blockbuster cinema, from the modern concept of a “grounded, gritty reboot,” to superhero films attempting to gesture towards big political or socioeconomic concepts. In this age of everything being connected and consuming media is beginning to feel more and more like homework, the outliers who decided not to hop on the bandwagon are all the stronger for it. It doesn’t seem like anyone at WB is keen to offer a glimpse at what Nolan’s world is like with Joseph Gordon-Levitt’s Robin Blake now taking over as Gotham’s protector, and that’s just fine. After all, it’s not like we’re short on stories about Batman or his seemingly endless number of disciples.