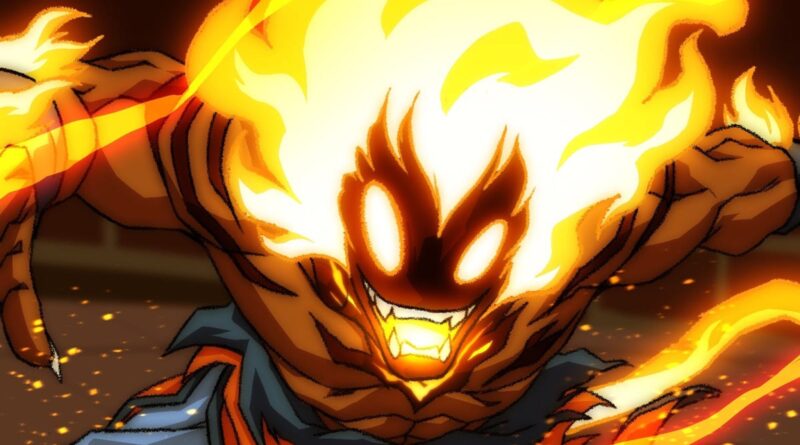 Akira Toriyama’s Dragon Ball franchise is insanely popular, thanks in part to Toonami and airing the anime adaptation of both Dragon Ball and Dragon Ball Z during the 90s. Fandoms are the lifeblood of IP, and Dragon Ball’s fandom has been beating quite strongly more recently, especially with the new theatrical film, Super Hero, hitting theaters in August. But if that’s not enough for here, here’s a fan film that beats with the fandom heart of a thousand suns and is, to be quite blunt, fucking sick.

Created by Studio Stray Dog Animation and directed by Naseer Pasha, whose previous work also includes the upcoming Ninja Turtles flick hitting Netflix next month, Legend: A Dragon Ball Tale dropped on YouTube a few days and has garnered a good amount of attention. The film is short, but simple: Vegeta (Jordan Woolen, who also voices Goku) goes to Earth to find Goku, just shortly after Broly (Jason Alexander Sukhram) shows up. At about ten minutes long, Legend manages to capture the essence of the source material pretty well, from Goku not at all understanding how he managed earn the wrath of Chi-Chi (Elsie Lovelock) to the spectacular fight scenes, and even the way Woolen says “Kakarot” may elicit a twinge of nostalgia. You can really tell that it was made by fans of the property, in case Pasha’s message at the start didn’t already tip you off.

“To every child who believed that they could train in 100 time the earth’s gravity, and to every artist who taped Dragon Ball Z and paused it to draw their favorite heroes, this is dedicated to you….Mr. Toriyama, please accept this as a small token of gratitude, and as a grand love letter to the worlds that you’ve created and shared with all us children of the 90s. The inspiration will forever remain immeasurable.

As revealed by Pasha in a video message following the credits, production on Legend took four years and was made by him and the rest of the staff did this “out of the sheer enthusiasm for Dragon Ball Z and the project itself.” He’s got a Patreon, if you want to support his work going forward, and he hopes that the next project he’s working on won’t take so long to see the light of day.