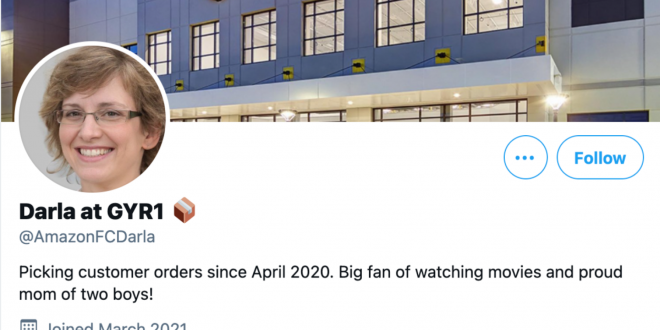 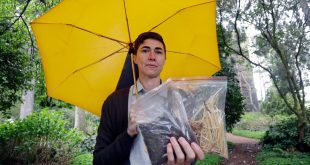 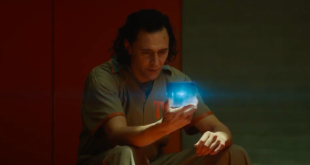 Have you noticed a strange army of Amazon employees on Twitter recently, claiming that Amazon doesn’t engage in union-busting and disputing stories that workers sometimes have to piss in bottles? Many Twitter users are wondering whether the people are even real. And while there’s some evidence these people could be real, at least one of their photos appear to be fake.

Amazon has an entire program where employees at so-called fulfillment centers (which is to say, warehouses) can sign up to defend the company online. What do the employees get out of it? One day of paid vacation and a $50 Amazon gift card, according to reports from 2019.

Gizmodo even wrote about the FC ambassador program back in 2019 and some of the extremely unfortunate comments that Amazon’s Twitter army was spreading. One very weird example came from an Amazon employee named “Hannah” in August of 2019:

I suffer from depression too, and at one point I wanted to quit Amazon. But I realized it was my fault for the problems I was dealing with, and not Amazon’s. I’m allowed to talk to people, but sometimes I don’t want to. Now I have some great coworkers to pass the nights with.

Hannah’s Twitter account appears to have been deactivated sometime in 2019, but there are plenty of other accounts still defending Amazon here in 2021. Some accounts claim that they’re not compensated, but it’s not clear we should believe them. Why? One Amazon defender is using a fake profile photo that appears to have been created by the website Generated Photos.

The Amazon employee in question, known as Darla, joined Twitter this month to tell us all about how great Amazon is as a company and how unions aren’t really needed at Amazon because employees are treated so well.

“Amazon is not anti-union! Unions are valuable tools at companies that don’t provide good pay and benefits like Amazon does. We simply don’t need them here,” Darla tweeted on Sunday.

Darla has just 24 followers and is only following three people, but aside from that, her photo appears like a real person at first glance.

But is Darla real? Her photo was almost certainly created using the website Generated Photos. Gizmodo was unable to reproduce Darla’s photo exactly, but we got pretty close by simply checking various boxes for the kind of hair and eyes we wanted from Generated Photos.

The description for “Darla,” or her facial type, appears to utilize “Joyfull [sic] white young-adult female with medium brown hair and brown eyes,” as you can see in the bottom right of our screenshot from the site.

Just take a look at the ears and the way the hair falls if you need any evidence that the photo of “Darla” is computer generated.

But photos aside, is Darla possibly real in other ways? Frankly, it’s really hard to tell. Some of the tweets almost seem purposely obtuse in the way that a troll might tweet.

“Amazon is NOT union busting, I can not stress that enough! Amazon is just trying to prevent employees from fraternizing or organizing outside of company-approved channels,” Darla tweeted over the weekend.

“There’s nothing wrong with unions, they work for a lot of places! But at Amazon I’m compensated fairly, given agency and benefits, and treated with respect. And a lot of the people here who want unions are…let’s just say not team players LOL,” Darla tweeted.

But it’s extremely difficult to tell trolls from authentic accounts these days, especially when Amazon has been engaging in very weird tweets from official accounts like Amazon News.

This very real tweet is absolutely indistinguishable from a troll account. But at least they’re not using fake photos in that one.

Amazon did not respond to Gizmodo’s email overnight, but we’ll update this post if we hear back.