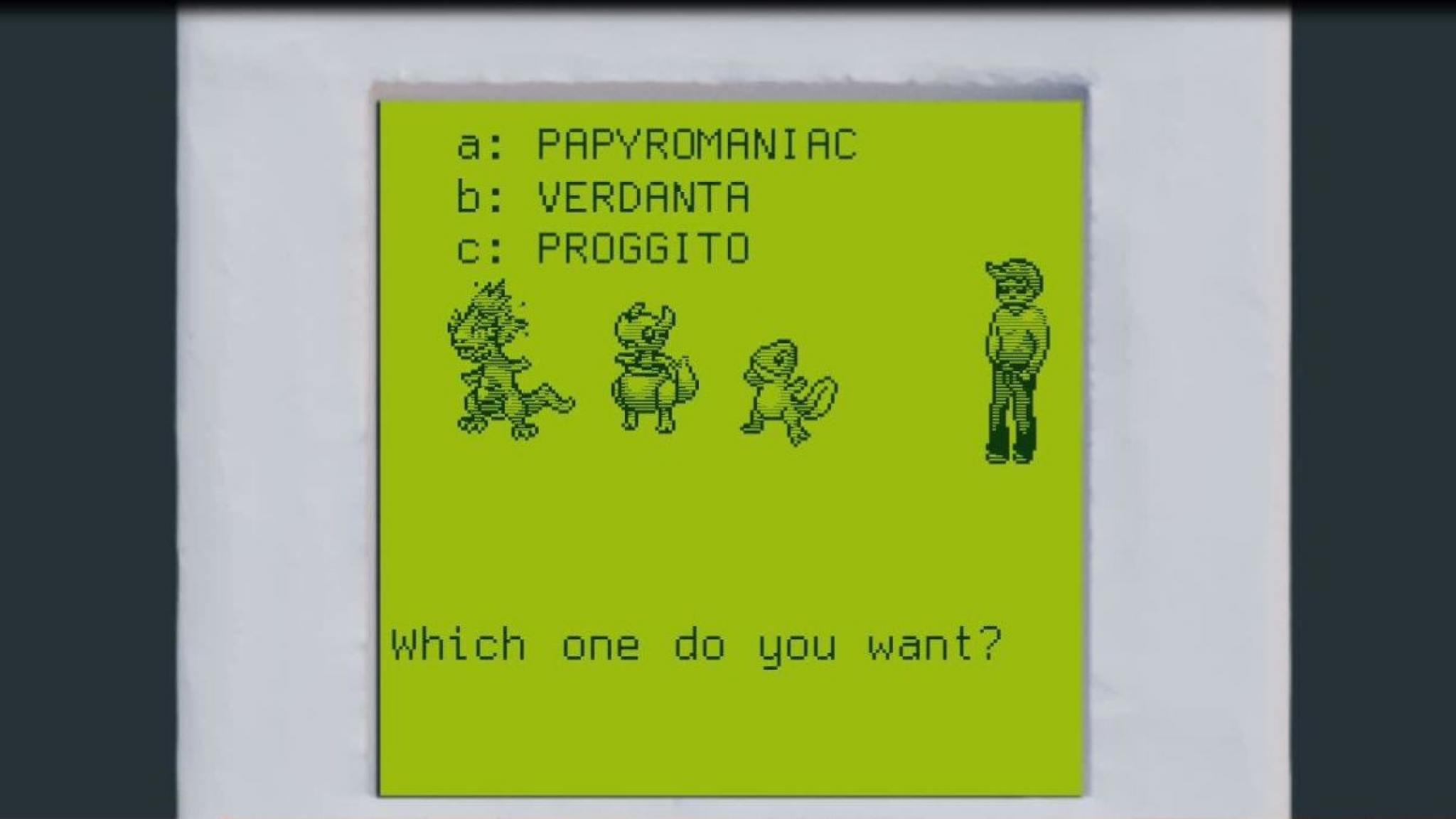 Fontemon is the answer to a question absolutely no one asked: What if Pokémon was a playable font? Oh, and let’s set it in Minnesota too. Because why the hell not.

The font-turned-Pokémon-parody was spotted by software engineer Daniel Feldman this week and created by developer Michael Mulet. Playing it is as simple as typing, whether in the game’s webpage or your own word processor, image editor, or code editor via a downloadable version of the font.

In traditional Pokémon fashion, you fight your way through a series of eight gym leaders in turn-based battles that pit your font-monster hybrids against theirs. Of course, they all have names themed to various fonts, naturally. Oh, and these little guys capitalize instead of evolve. Honestly, this whole thing’s just one giant pun and I am here for it.

The story progresses each time you tap a key. At certain points, specific keys are tied to in-game choices, such as your starter monster or their attacks in battle. So you’re fine typing gibberish for the most part, as long as you make sure to pay attention and type the correct letter once in battle. But, if you mess up, there’s always the trusty backspace bar to undo your action.

As I said before, Fontemon is set in Minnesota and comes loaded with shout-outs to the region, such as twin gym leaders for its “Twin Cities” moniker and plenty of “Minnesota Nice” banter and hotdishes. It all comes together for a healthy dose of nostalgia mixed with some serious Undertale vibes. Mulet also managed to pack a bevy of Easter eggs and alternate endings into the game.

He lays out the technical details behind his process in a GitHub post here. But they might make your head spin (or at least, they did for me). Basically, Fontemon employs a method similar to how PDFs produce text and images in order to create game elements out of glyphs, i.e. the graphical representation of characters in a font, so like what appears on screen when you type letters or symbols such as “B”, “$”, etc.

Fontemon was built using OpenType, a cross-platform format for scalable fonts developed by Adobe and Microsoft. OpenType supports complex typographical behaviors, so instead of a glyph just looking like the letter “A”, a glyph could be used to, say, construct vector graphics by mapping coordinates on a plane, execute strings of code, or store and load data, among other functions.

In addition to glyphs, there are these things called ligatures, which is when two or more characters in a font are combined into a single glyph (like those weird æ or œ letter mashups you may have seen before). By chaining ligatures together, Mulet creates the illusion of animation in Fontemon.

“In film, we simulate motion through the use of a series of frames,” Mulet wrote on GitHub. “In font games, every key press creates a new frame. Rather than drawing an A or a B, our glyphs use subroutines to layout an entire screen.”

All told, Fontemon’s made up of nearly 4,700 individual frames, 314 sprites, and 43 distinct choices. You can play the game on Mulet’s site Code Relay here.