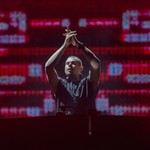 Through the partnership, Tomorrowland will enjoy direct access to a collective pool of UMG’s international label divisions, including Virgin Records and Astralwerks in the U.S. Leading the partnership will be Berlin-based Virgin Records executives Alexander Neipp, Daniel Schmidt and Magnus Textor, and Tina Adams at Virgin Music Label & Artist Services.

Over the past 15 years Tomorrowland has built a reputation as one of the world’s leading festivals and electronic music brands by consistently expanding and evolving their relationship with music fans,” Frank Briegmann, chairman and CEO, Universal Music Central Europe and Deutsche Grammophon, said in a press release. He added that the partners had created a “uniquely flexible model” that will “help drive success and create global hits for Tomorrowland.”

This is not the first time an EDM festival brand has extended into the label business. Los Angeles-based Insomniac, the creators of Electric Daisy Carnival and Beyond Wonderland, created Insomniac Records in 2014. Initially a partnership with Interscope Geffen A&M, Insomniac took its A&R and distribution operations in-house in 2018 and formed Insomniac Music Group. The label’s initial signings included Arty, Bingo Players and Chris Lake.

(Although they share similar names, Ultra Music Festival in Miami and Ultra Music Records, an electronic music label in New York City, are not directly tied together. They announced a global alliance in 2012 that allows them to collaborate on cross-promotion and marketing.)

The label partnership comes as Tomorrowland is having a tough two years due to the coronavirus pandemic. Government-imposed virus restriction forced the cancelations of the 2020 and 2021 flagship Tomorrowland festivals in Belgium, which normally draw more than 400,000 people over two weekends in the summer, as well as Tomorrowland Winter in the French Alps. To partially compensate for the lost revenue, organizers created virtual pay-per-view events in July of both years, and a New Year’s Eve event, all featuring DJs performing in green-screen studios. (The first livestream fell short of turning a profit, despite selling just under 140,000 tickets.)

“We have taken the extra time to focus on projects that were on our list for a long time and one of them was definitely launching our own Tomorrowland Music label,” Michiel Beers, Tomorrowland’s CEO and co-founder, said in a press release.

Beyond live events and digital livestreams, Tomorrowland has grown into a global and lifestyle brand, with its own fashion label TML by Tomorrowland and the radio station One World Radio.