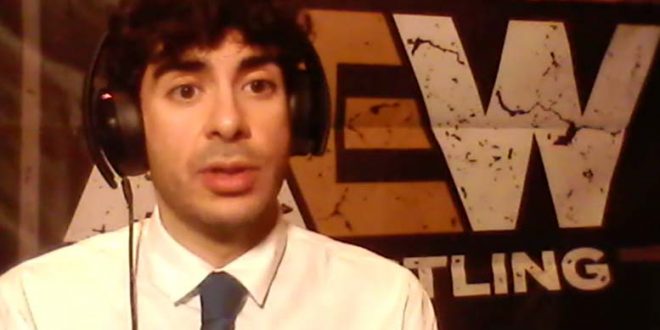 Tony Khan gave an update on Matt Hardy after All Out and explained his decision to let the wrestler continue after taking a scary fall during the match.

Khan began the post-All Out media scrum addressing what happened with Matt.

The AEW President first said the health and safety of performers is always the most important thing to AEW and noted that it looks like Matt will be ok at this point.

Tony then explained that he stopped the match after the spot gone wrong, then he sent the doctor to check on Matt. Since he was concerned Hardy might be hurt, Tony says he had them ring the bell to pause the match.

The doctor checked on Matt though and deemed him fit to continue under protocol.

Khan also stated that the doctor was not pressured by anybody into clearing Matt and said Hardy himself would not have the ability to overturn a decision made by the doctor.

Tony also claimed Matt Hardy passed concussion protocol after coming to the back and that the trip to the hospital was done as a precaution. “It was not something any of us enjoyed,” he added. “It was something that was a scary moment.”

As we previously reported, Matt’s wife Reby Hardy criticized AEW for how they handled things.

Listen to the clip below or CLICK HERE for the full presser.