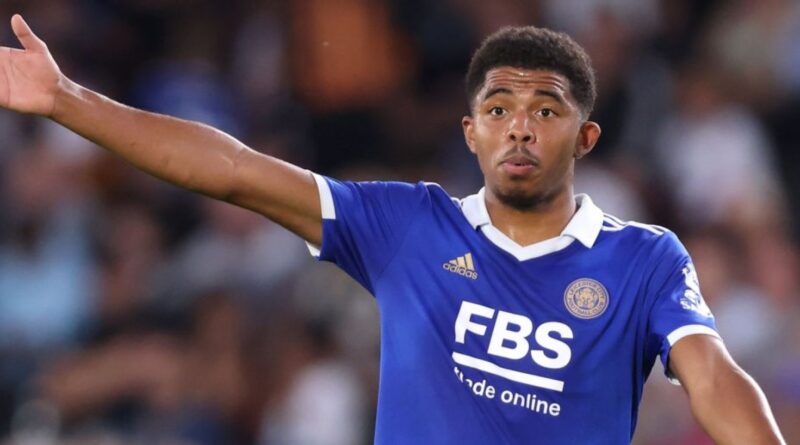 The summer transfer window is here, and there’s plenty of gossip swirling about who’s moving where. Transfer Talk brings you all the latest buzz on rumours, comings and goings and, of course, done deals!

Leicester City centre-back Wesley Fofana is pushing for a move to Chelsea, according to the Mirror.

Despite missing much of last season with a broken leg, the defender has been a revelation at the King Power Stadium, and now he’s emerged as Chelsea’s latest backline target amid a busy summer.

Chelsea have lost both Antonio Rudiger to Real Madrid and Andreas Christensen to Barcelona already this summer, while Cesar Azpilicueta‘s future remains unclear. This means that Blues manager Thomas Tuchel remains on the hunt for someone to battle it out with Thiago Silva alongside new signing Kalidou Koulibaly.

Fofana, still only 21, has established himself as one of the Premier League’s best young defenders. Leicester are adamant he’s not available at any price, but the player himself has told the Foxes hierarchy that wants to move to West London. Curiously, Fofana has now also removed Leicester City from both his Twitter and Instagram profiles.

Fofana isn’t the only Leicester player linked with a move, with both Youri Tielemans and James Maddison being eyed by a bevy of Premier League rivals.

Under new owner Todd Boehly, Chelsea have made a series of signings this summer. Along with Koulibaly, the Blues have signed forward Raheem Sterling from Manchester City, keeper Gabriel Slonina from Chicago Fire FC, and midfielder Carney Chukwuemeka from Aston Villa. Sources have told ESPN that Chelsea are also in the mix for Brighton defender Marc Cucurella.

Puig, 23 next week, is expected to arrive in the United States in the coming days to close the deal before the MLS transfer window closes on Thursday.

As first reported by Mundo Deportivo, sources expect Puig to join the Galaxy for free, but Barca will be entitled to a percentage of any future transfer.

Barca had hoped to bring in a fee for Puig this summer, but, with just one year to run on his contract, that proved impossible for a player they had made quite clear was not part of their immediate future.

08.00 BST: Manchester United goalkeeper Dean Henderson said he was “fuming” at the lack of playing time for the club last season and that the last 12 months had been the toughest of his career.

The 25-year-old, who joined newly promoted Nottingham Forest on loan last month, made three appearances for United last season and was unable to displace David de Gea as first-choice goalkeeper.

Henderson looked to be on the verge of breaking into United’s first team last year, having made 26 appearances for the club in the 2020-21 season and receiving a call-up to England’s European Championship squad in June. However, he was forced to withdraw from the England squad with a hip injury and then tested positive for COVID-19 weeks before the start of the 2021-22 season, due to which he suffered from prolonged fatigue.

“To be honest, it has probably been the toughest 12 months of my career,” Henderson told TalkSport on Tuesday. “The conversation I had coming out of the Euros squad was: ‘You’re coming back here to be the No. 1.’

“I got COVID-19, came back, so I should have still been the number one but then nobody followed through with what they had told me. It was frustrating, because I turned down so many good loans last summer for that reason, and they would not let me go.

“To sit there for 12 months, it is criminal really, at my age. I was fuming. I told the hierarchy that I need to be playing football and to let me go, and I was almost gone before the manager [Erik ten Hag] came through the door. I have not spoken to him since.”

– AS Roma midfielder Jordan Veretout is a wanted man, and Marseille look to be moving ahead of AC Milan in the race for his signature, according to Footmercato. The 29-year-old’s existing contract runs out in June 2024 and Veretout hopes a move away from Jose Mourinho’s side in search of more playing time will bolster his shots of representing France at the World Cup.

– Wolverhampton Wanderers will battle it out with Sevilla for the signing of Chile international striker Ben Brereton-Diaz from Blackburn Rovers, according to Football League World. Wolves are looking for attacking reinforcements following the news that Raul Jimenez will miss the first month of the season with a knee injury. Diaz recently triggered a one-year extension to his existing Rovers contract which subsequently saw Sevilla scared off by Blackburn’s proposed fee. Now, though, Wolves boss Bruno Lage looks set to capitalise and bring the striker, who scored 22 goals last season, to Molineux.

– Barcelona have contacted Athletic Club about the availability of centre-back Inigo Martinez, according to Sport. The 31-year-old’s contract runs out in June next year and so if the Bilbao-based club don’t agree to a move this summer, he’ll be available to sign a pre-contract with any club on Jan. 1. Martinez hasn’t agreed an extension on his current deal as of yet, and Barca are pushing for a move for €15 million, plus a number of incentives. Athletic appear unwilling to accept the offer, though, but know they risk losing their man for nothing in six months. Barca director Mateu Alemany remains in contact with Athletic general manager Jon Bersategi.

– Sevilla are closing in on Manchester United defender Alex Telles, according to Fabrizio Romano. Telles is aware that he’s behind Luke Shaw and Tyrell Malacia in the pecking order at Old Trafford, and so the 22-year-old is considering a move to LaLiga in an effort to get more game time. Despite having been linked with Villarreal, Sevilla are the only club to state their interest. However, in order for Telles to leave, Sevilla will need to cover some part of the Brazilian’s wages during his one-year loan.