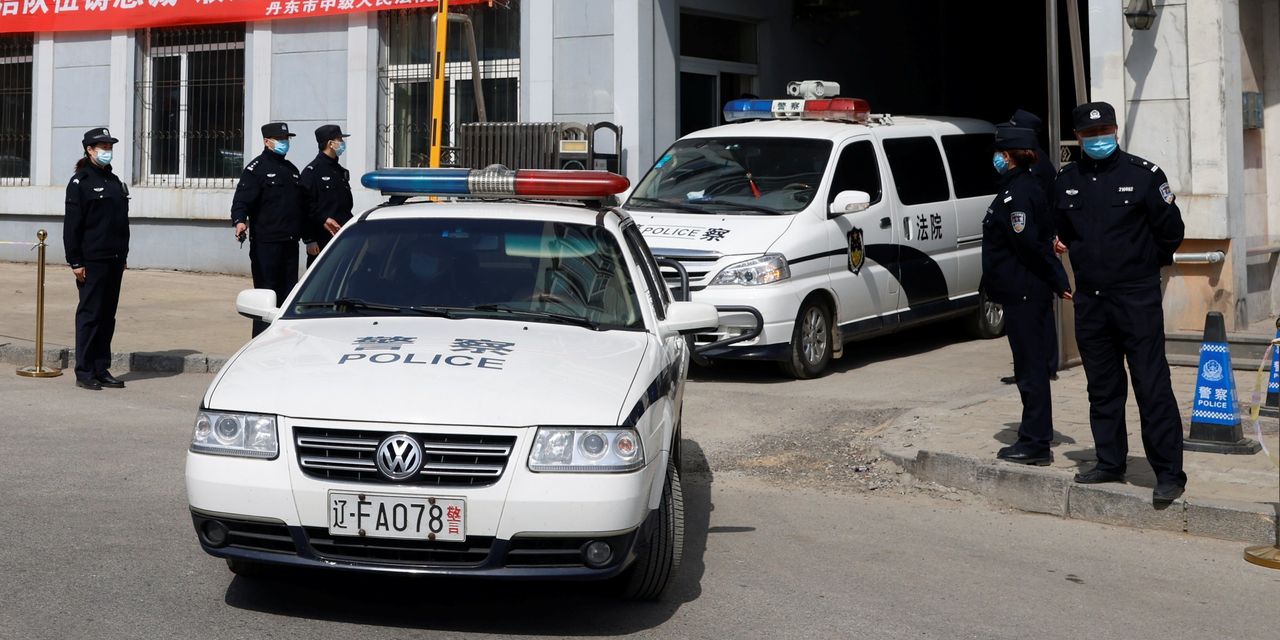 on Friday condemned China’s secret court proceedings against one of two Canadian citizens who face espionage charges, arguing the closed session makes it nearly impossible to know whether the accused is getting a fair trial.

A municipal court in the Chinese city of Dandong tried

in a case at the center of a diplomatic standoff with the U.S. and Canada. The hourslong session Friday concluded without a verdict. Mr. Spavor is charged with “probing into and illegally providing state secrets” to foreign actors, and attended the closed-door trial with his lawyer, according to the court.

Mr. Trudeau told reporters at a press conference the arbitrary detentions of Mr. Spavor and another Canadian,

are “absolutely unacceptable, as is the lack of transparency around these court proceedings. Our top priority remains securing their release.”

He said it was disappointing that Canadian consular officials weren’t granted access to the trial. “One of the challenges around the lack of transparency on this process is it becomes extremely difficult to make judgments whether or not the trial is fair.”

Mr. Trudeau said transparency is at the heart of the Canadian justice system—a system that

the chief financial officer of Chinese telecom equipment maker Huawei Technologies Co., is navigating as her lawyers fight an extradition order filed by the U.S.

Diplomats from at least nine Western countries, including the U.S., sought access to the trial but were unsuccessful, according to a person briefed on the matter. Chinese courts typically try national-security cases behind closed doors.

Mr. Trudeau said he was “very confident” the detention and trials of the two Canadians would be raised by senior U.S. officials at a meeting with Chinese counterparts in Alaska.

A representative from China’s embassy in Ottawa didn’t respond to a request for comment.

Mr. Spavor, who has spent more than two years in custody, couldn’t be reached. Efforts to reach his lawyer weren’t successful.

Mr. Spavor, who ran a Dandong-based nonprofit, was detained by Chinese authorities along with Mr. Kovrig in December 2018 and later charged with espionage offenses. Their detention is widely seen as retaliation for Canada’s arrest of Ms. Meng at the behest of the U.S. Mr. Kovrig scheduled to stand trial in Beijing on Monday.

These cases have locked China into a high-stakes diplomatic standoff with Canada and the U.S., with officials trading barbs over the detentions and accusing each other of taking hostages to advance political goals.

A few weeks back, Mr. Trudeau said “it is obvious” Messrs. Spavor and Kovrig “were arrested on trumped-up national-security charges days” in retaliation for the Meng arrest.

Mr. Spavor’s trial was closed to the public because state secrets were involved, the Dandong Intermediate People’s Court said in its statement, issued three hours after the scheduled start of Mr. Spavor’s hearing. It said a verdict would be issued later at an unspecified date.

Legal experts said Chinese authorities could delay the verdict as long as they want. While Chinese law typically requires courts to issue verdicts within two to three months of accepting a case, time extensions are allowed for major and complicated cases, among other circumstances.

A news website of the Communist Party’s law-enforcement commission has accused Mr. Spavor of supplying intelligence to Mr. Kovrig, a researcher on leave from Canada’s diplomatic service. Chinese authorities have said that Mr. Kovrig faces charges of “probing into state secrets and intelligence” on behalf of foreign actors.

Days before the two men were detained in 2018 a senior Chinese Foreign Ministry official had threatened Canada with “severe consequences” for the arrest of Ms. Meng, who was detained earlier that month while transiting through Vancouver.

The U.S. has accused Ms. Meng of misleading banks about Huawei’s ties to a subsidiary that did business in Iran, leading those banks to clear transactions that potentially violated international sanctions. Huawei and Ms. Meng have denied any wrongdoing.

The two Canadians have had limited contact with their families and the outside world since their detention, largely restricted to supervised visits with Canadian consular officials and their China-based lawyers.

Canadian officials have accused Beijing of detaining Messrs. Spavor and Kovrig as leverage in efforts to secure Ms. Meng’s release. Chinese officials have denied that the cases against the two Canadians were spurred by the arrest of Ms. Meng, who is on bail in Vancouver, where she faces extradition proceedings.

Foreign diplomats say Beijing is unlikely to let Messrs. Kovrig and Spavor go unless Ms. Meng is released. The U.S. Justice Department had been discussing a deal with Ms. Meng that would allow her to return to China in exchange for admitting wrongdoing, though those discussions have since stalled.

Write to Chun Han Wong at chunhan.wong@wsj.com and Paul Vieira at paul.vieira@wsj.com