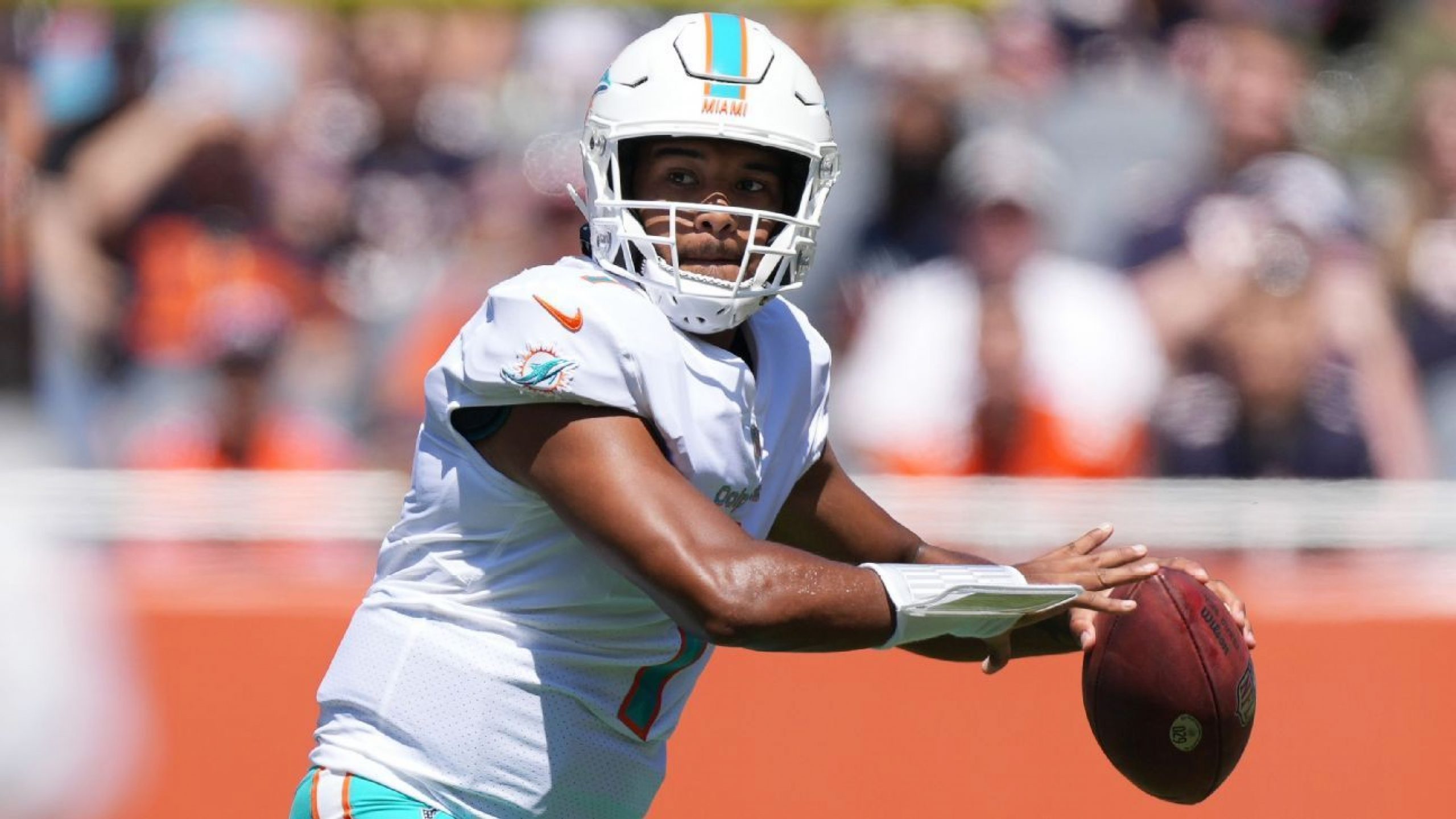 After a quick three-and-out to open Saturday’s game against the Chicago Bears, Tagovailoa went on a heater and completed eight consecutive passes over the Dolphins’ next two series.

With Miami and their quarterback rolling, Tagovailoa, on first-and-10 from the Bears’ 14-yard line with 12 minutes and 11 seconds to go in the second quarter, attempted to squeeze a pass over the middle to tight end Adam Shaheen in the front of the end zone that Bears safety DeAndre Houston-Carson intercepted.

After Chicago’s 20-13 victory, the Dolphins’ second-year quarterback admitted to exercising poor judgment on the play.

“You know, I think the DB made a great play,” Tagovailoa said. “That wasn’t a good decision on my part. When you get down to the red area, you got to make good, quick decisions. And that was a quick decision, but not a good decision. Just something that I got to continue to learn from, take that and put it in my arsenal and hope not to make that same mistake again.”

“Obviously he had one bad decision in the red zone,” Flores said. “We talked about it. He knows exactly what he should have done with the ball there. It’s correctable. We talked about as a staff, it’s something that’s very correctable, and he will make the correction and move on to get better.”

The turnover aside, Tagovailoa played with great rhythm, routinely flustering a strong Bears defense that challenged the Dolphins offense during joint practices earlier in the week.

Miami outgained the Bears 215 yards to 79 yards at halftime.

“I would say we’re getting into a good groove offensively,” Tagovailoa said. “You know, I think we did a pretty good job converting on our third downs, on our fourth downs as well. Now, but then again, it’s a one-play-at-a-time kind of mentality. … Maybe take a shot, whatever play we’re given, got to go through the fundamentals and techniques that we’ve been taught throughout the week and use that.”

“It first off started out with the line — I think the line did a tremendous job today,” Tagovailoa said. “They kept the pocket clean, gave me a lot of time to step up into the pocket and make that throw. And it wasn’t just that play; there were numerous occasions throughout the first quarter and second quarter where they’ve really shown up.”

For his part, Gesicki felt the throw was more impressive than the catch.

“Tua did a great job all day, honestly,” Gesicki said. “Did a good job trusting his reads, going through his progression, being patient making plays, stepping up in the pocket and we connected twice. He throws a really catchable ball, good touch, puts it in good spots.”

Critics will continue to wonder whether Tagovailoa is the Dolphins’ long-term answer. One mostly solid preseason game (8-of-11 for 99 yards, one interception) is not going to change that.

But Tagovailoa had many more good moments than bad ones Saturday. At the very least, the 2020 first-round draft pick’s performance was a small step in the right direction.

“I did all right,” Tagovailoa said. “There are a lot of things that we need to clean up offensively, with our communication, more so our execution, with our plays that were given.

“But first time coming out in a real game-like situation environment, I thought it was pretty good. … We’ll take a look at some of those plays that didn’t go the way we wanted to, and we’ll get those fixed.”