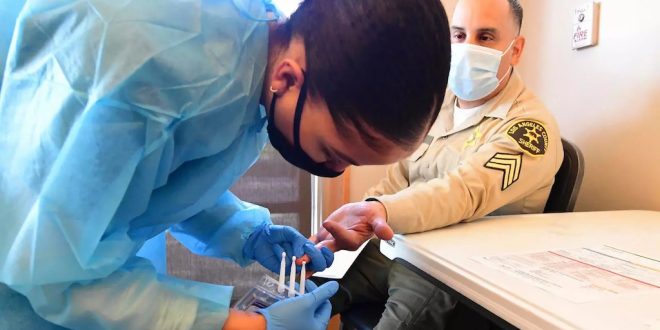 The highly contagious Delta variant of COVID-19 persists in being the most common form of the virus now spreading in the United States. There is concern that the variant will become dominant as data shows the last time the country had back-to-back days of cases topping 20,000 was in May.

PBS.org is reporting that new data from the Centers for Disease Control and Prevention (CDC) shows that more than half of all new COVID-19 cases in the U.S. were traced to the Delta variant.

Dr. Rochelle Walensky, who heads the CDC, said Thursday that “we are seeing increased hospitalizations and deaths among unvaccinated individuals.”

Dr. Anthony Fauci said on Friday, “I’m concerned as this variant becomes more dominant, those select areas of the country that have a very low level of vaccination, like 30 percent or so, you’re going to start seeing mini-surges that are localized to certain regions.”

“You don’t want to see two separate Americas, one that’s vaccinated and protected and yet another that’s unvaccinated and very much at risk,” Fauci said, according to CNN.

Areas where the Delta virus is surging

According to Bloomberg, Branson, Missouri has long been a favorite destination for U.S. tourists – with live country music, a replica Titanic, Dolly Parton’s Stampede dinner show, an 1880s theme park, and an oversized bust of Ronald Reagan.

But Branson now has another claim to fame – as the origin of Missouri’s outbreak of the delta variant – which now accounts for over half of all new coronavirus cases in the U.S.

On Thursday, the CDC’s Rochelle Walensky singled out southwestern Missouri, an area that includes Branson, as one of several hot spots for the variant.

Branson was the first place in Missouri that the delta variant was found. Marc Johnson, a University of Missouri researcher working with the state to track coronavirus variants, first detected it on May 10 in one part of the city’s sewer system.

A week later, it was found in the other part — and in two other Missouri towns. A week after that, it was in nearby counties. Now it’s throughout the state. “It’s everywhere,” Johnson said. “And I expect that everywhere that we have not seen a spike yet, we are about to.”

In Mississippi, a state where only one-third of the population is fully vaccinated, health officials are raising the alarm over the Delta variant. “We’ve seen almost an entire takeover in the Delta variant,” said State Health Officer Dr. Thomas Dobbs.

The problem is in the number of people who have not been vaccinated – regardless of their reasons for not getting the vaccine. People are forgoing vaccination at their peril, Dr. Tom Frieden, former CDC director said.