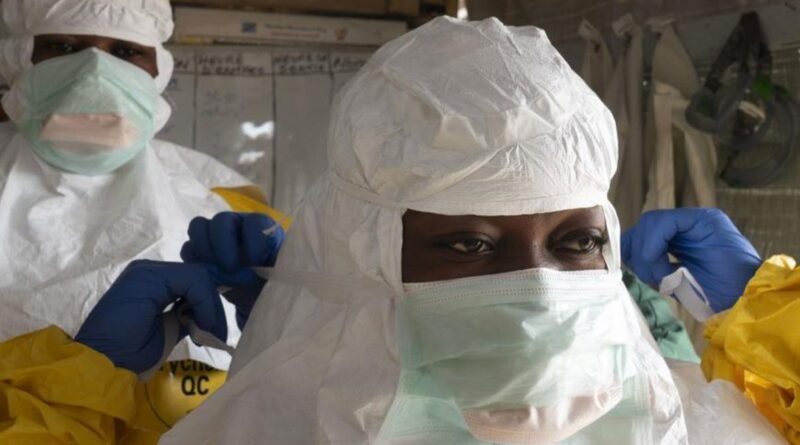 Government has extended the initial 21-day lockdown in the two districts of Mubende and Kassanda by an extra three weeks, until late this month as part of efforts to curb the spread of the Ebola virus.

Last month, President Museveni announced a 21 day lockdown in the two districts in which there is no movement in and out, ban on public, private transport as well as a 7 pm to 6 am curfew.

The 21 days elapsed on Saturday.

Addressing the country on Saturday evening, the Health Minister, Dr.Jane Ruth Aceng said that despite the lockdown, there are still Ebola infections partly stemming from contacts from the two districts which has necessitated the extension of the lockdown for three more weeks.

“While great work has been done, there is still evidence of transmission in these epicenter districts. In Mubende, the number of cases has slightly reduced because of the vigilance of the population after understanding the dangers of Ebola and their determination to end the epidemic. I want to thank them for this. However, more work still needs to be done for the district to be completely free of Ebola,” Dr.Aceng said.

The Health Minister said the situation is different in Kassanda where progress has been slow because of challenges of a weak health system, myths, misinformation and belief in witchcraft coupled with the unbecoming behavior of exhumation of dead bodies to perform cultural rituals.

“For example, from only one exhumed body, up to 43 persons have since been infected with Ebola, six of whom have succumbed to the disease. Therefore, the number of cases in Kasanda are still rising.”

Dr.Aceng noted that in the two epicentre districts, drug shops, pharmacies and private clinics have been reported as contributing to the spread of the infection among the population.

“Therefore, to minimize further the spread of Ebola within these districts and to protect the rest of the country from continued exposure, all the directives issued by the president on October, 15,2022 will be extended for another 21 days.”

Additionally, the minister said all private healthcare facilities and drug shops in Mubende and Kassanda will be inspected and assessed for conformity with infection prevention and control standards.

“All those that do not meet the required standards will be temporarily closed and the health workers trained by the Ministry of Health to improve their knowledge and practice of infection prevention. The health regulatory authorities are requested to support the Ministry of Health in this exercise to protect the lives of the health workers and ensure a safe working environment.”

Minister Aceng noted that the situation in Kampala remains under control as he ministry and partners continue to sensitize the population and follow up all the contacts.

“Our healthcare workers will continue to do all it takes to save lives and bring the epidemic to an end. I call upon the public to cooperate with the healthcare workers and report anybody with signs and symptoms similar to that of Ebola early enough to improve survival of the patients but also to protect the rest of the population. Do not run away to another district when you have had contact. You run away with the disease and you will eventually die.”

The development comes on the backdrop of an assurance by President Museveni that there will not be a lockdown in Kampala as many had thought.

“There will be no lockdown for Ebola,” he said.

Since the outbreak of Ebola in September, a total of 132 people have been confirmed positive for the virus disease, 61 have recovered while 53 have succumbed to the disease.

On the other side, a total of 18 confirmed cases are still admitted and receiving treatment at both the Mubende and Entebbe Ebola treatment units.