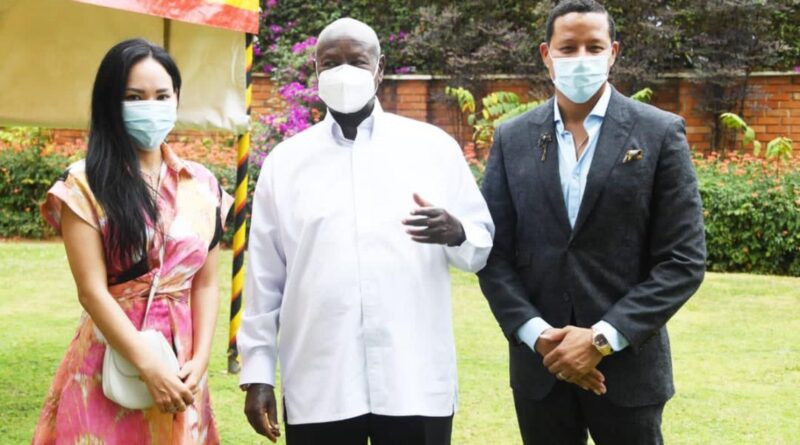 Cape Town — Oscar-winning actor Terrence Howard is in Uganda, where he announced the development of several scientific initiatives that also form part of plans to boost funding and tourism to the nation, Nile Post reports.

Howard’s effort comes as Uganda seeks to attract investment from historical diasporas in a drive led by Senior Presidential Advisor on Diaspora Affairs, Ambassador Abbey Walusimbi. “We appreciate you asking people of African descent to return so that we can now rebuild Africa the way that it was supposed to be,” Howard said.

Reaction to the speech Howard gave at his audience with Museveni was scathing, and can be best described as “dragging” when viewed on Twitter. The American actor was named with stars like Akon and Kanye West for bringing “big ideas” to Uganda. Journalist Nancy Kacungira tweeted: “… Akon: “Akon City, which will operate using my own cryptocurrency, Akoin”. Kanye West: “Uganda should be like Jurassic Park”. Terrence Howard: “Bringing a new form of flight to Uganda using the geometry of hydrogen”.”

Though the connection to hydrogen is unclear, not all of Howard’s plans can be called pie in the sky – he also spoke about “bringing a new form of flight to Uganda” following his creation of the Lynchpin drone design project.

Using modular design and programmability, the Lynchpin system is designed to perform in a network consisting of multiple drones that may self-assemble into larger units capable of performing more strenuous tasks.

“Most of all these network and bonding capabilities would permit us to reach great heights, handle big jobs, situations, and scenarios at mass to perform physical tasks such as placing bricks, roof tiles, putting out fires, filming in an entirely new way, and even cleaning our oceans,” a press release on the drones’ potential application read.

Howard said that he was awarded 96 patents in science and technology and aims to “bring balance to our planet by restoring a safe place for the animal kingdom to thrive and to bring mankind into a new era of truth, love and consciousness”.

He also announced plans to invest in the nation’s ICT and entertainment sectors, as well as real estate.