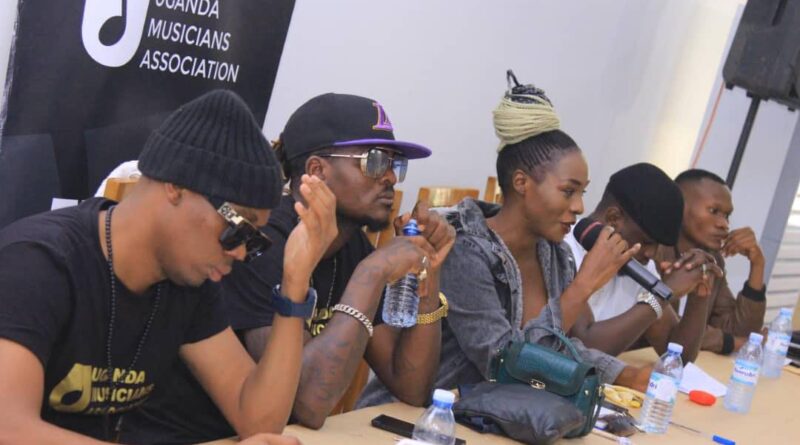 The Uganda Musicians’ Association(UMA) Election is currently hanging in balance as involved parties continue to publish contradictory messages.
Latest is a document from the Uganda Musicians association opposing the Ministry’s position where the association urges the ministry not to engage itself in activities of UMA a “private established”.

Speaking to deputy president of the association’s policy board, Sophie Gombya, she stated that UMA is a private company which is free to conduct it’s business as it wishes. This was in response to a letter by the Minister for Gender, Labour & Social Development ordering the association to halt the forthcoming elections slated for Tuesday 28th June 2022 and meet all stakeholders to forge a way forward in regard to the raised complaints.

Pursuant to the meeting held in the Ministry of Gender, Labour and Social Development, between the Ministry, the “Policy Board” and Uganda National Cultural Center (UNCC) on 22″ June 2022, I have received petitions from four regions namely; Soroti-Teso Cluster, Mubende Cluster, Ankole-Kigezi cluster and Northern Region cluster (comprising of Acholi, Lango, Karamoja and West Nile) raising a number of issues. These include:

i. Unfairness in having only one national polling center in Kampala at National Theatre

ii. Complaining of distance, since they may not be able to come to Kampala due to lack of finances and;

iii. Lack of inclusivity of all the members in the voting process. Reads part of the document which further contests the legality of the policy board.

The minister therefore urged the association to halt the election and organise a stakeholder’s meeting in a bid to see how they could move ahead.

Sophie however insists that the election has to go one given the “investment they have made”.

“Will the minister refund the money that the policy board has invested in the election?” Sophie asked adding that the same minister has sent a commissioner in the meeting that okayed the election.

Sophie also revealed that it’s some of the association members fighting hard to see that the election doesn’t happen also warning that there could be a protest if the election is halted.

Word on the street however has it that all this could have a political attachment because apparently the Policy board was invited to statehouse a move they declined to take apparently due to their parallel political beliefs.