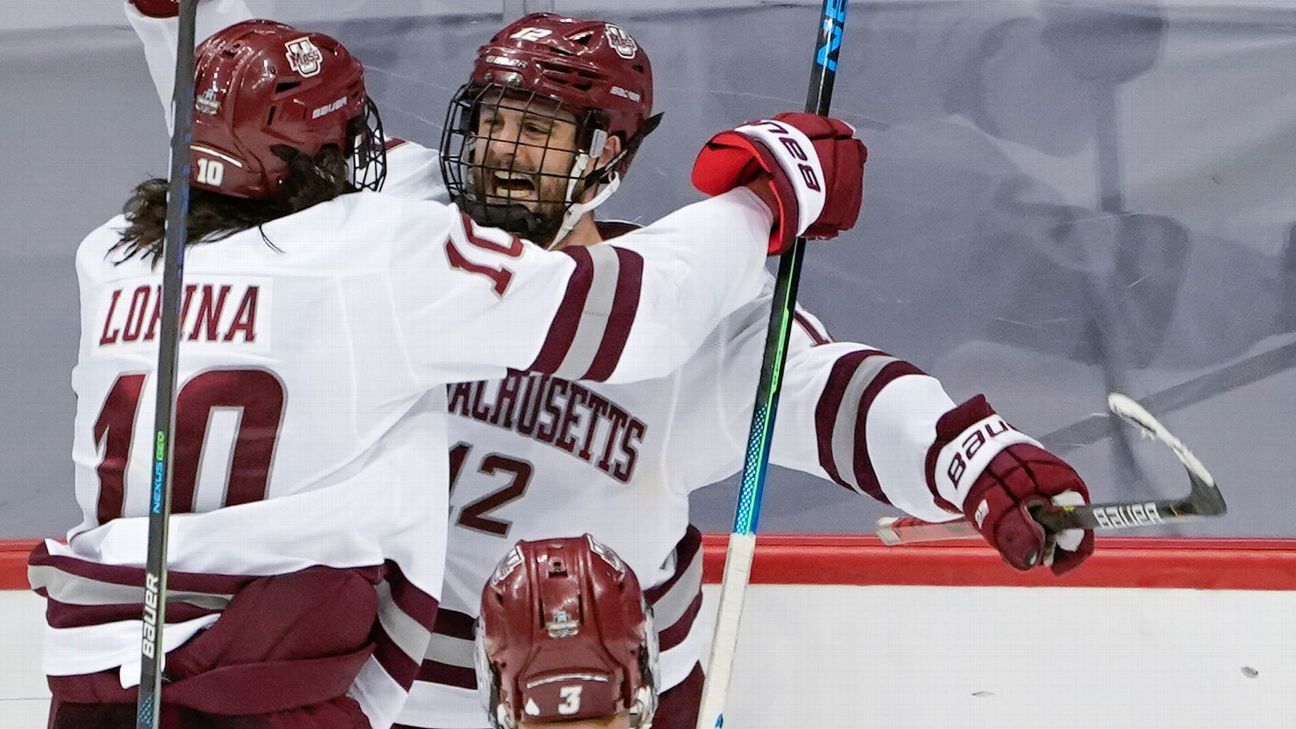 And it showed for much of the game as Minnesota Duluth outshot UMass 26-11 through two periods and 36-15 at the end of regulation. But the Minutemen took over in overtime with a 13-2 edge.

“We just ate some food in the locker room between periods, got our legs back and just focused on our game,” Wait said.

UMass forward Anthony Del Gaizo tied the score at 2-2 with 11 minutes, 35 seconds remaining in the third period on a rebound that fell to the right of the net, and Wait got a stick on Bobby Trivigno’s wraparound pass at 14:30 in overtime to win it.

Backup goaltender Matt Murray, who started one fewer game than Lindberg this season, made 36 saves.

UMass took a 1-0 lead as defenseman Zac Jones scored a power-play goal on a wrist shot that went off the post late in the first period. Minnesota Duluth tied it 2 minutes, 17 seconds later on Tanner Laderoute’s third goal of the season.

Cole Koepke gave Minnesota Duluth a 2-1 lead in the middle of the second when he put home a rebound.

Freshman goaltender Zach Stejskal made 25 saves for Minnesota Duluth (16-11-2), which was looking to become the second three-peat champion in NCAA history.