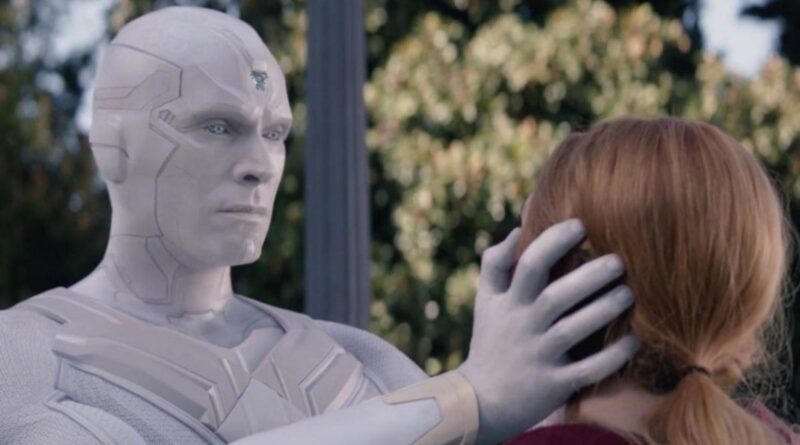 So what happened to that new version of Vision after he flew out of Westview? That’s the plot of Vision Quest, a new Marvel Studios Disney+ show that’s reportedly now in the works.

Variety reports that Paul Bettany will reprise his role as the sentient being who was killed in Avengers: Infinity War, only to be resurrected a few years later. Jac Schaefer, who created and ran WandaVision, is leading a writer’s room for the show which will start in early November. io9 reached out to Disney for comment or clarification and will update this post if we hear back. But, generally, that doesn’t happen.

WandaVision was Marvel’s first Disney+ show which feels like 100 years ago. In reality, it was last year and it changed the course of Marvel Studio’s history. Since then there have been several new shows, movies, and the impact of WandaVision is felt in many of them. As a result of the show, Wanda became the Scarlet Witch and terrorized the multiverse in Doctor Strange in the Multiverse of Madness. Monica Rambeau is set to return next year in The Marvels, Darcy Lewis helped her friend in Thor: Love and Thunder, and, of course, it was the first blip of the X-Men and Fox universes crossing into Marvel with Evan Peters’ Quicksilver.

Then, of course, it was Agatha all along. Schaefer is also expanding her WandaVision universe with Agatha: Coven of Chaos which starts filming soon.

But the one character who hasn’t returned just yet is the second title character, Vision. If you remember, a secret agency had kept Vision’s body after Infinity War and it was brought back to life, only it didn’t remember any of its past. In battling the new version Wanda created out of nowhere, the white Vision caught a glimpse of that past and flew off. What happens after that? Hopefully, we’ll find out in this show.

Is a Vision show something you’re excited about? Let us know below.