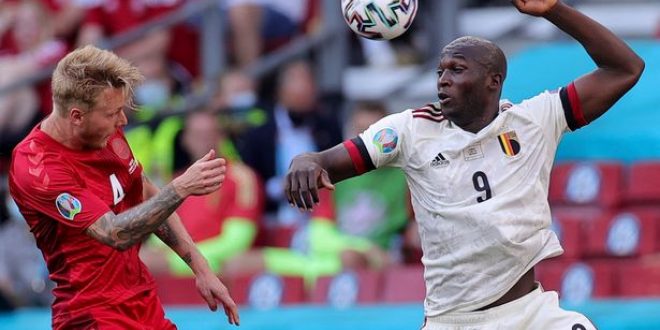 What Euro 2020 matches are on today? Kick-off times and TV channels

There are four Euro 2020 matches to look forward to today with Wales set to discover their last 16 opponents.

Rob Page’s side will meet the second-placed side from Group B, which will be concluded today along with Group C.

Here is the lowdown on the fixtures, including the permutations.

You can read about Wales’ likely last 16 opponents here as the date, venue and kick-off time has been confirmed.

Holland will have home advantage, as they have done for their previous two group fixtures, with the game to take place in the Johan Cruyff Arena in Amsterdam.

This one gets top billing on ITV1 with coverage to begin at 4.15pm.

It will also be available to watch on ITV Hub.

Netherlands are already through as group winners, while North Macedonia cannot progress.

With the final games of each group kicking off at the same time, this one also starts at 5pm BST on Monday, June 21.

It will take place at the National Arena in Bucharest.

This one will be televised live on ITV4 with the programme once again starting at 4.15pm.

Online viewers in the UK can watch it on ITV Hub.

Ukraine will finish as group runners-up and be guaranteed a place in the last 16 if they win and a draw would also be enough as they have scored more goals than Austria. Otherwise, they will be relying on results elsewhere to go through as one of the best third-placed teams.

Austria must win to finish second, or pray other results go in their favour to progress.

This crucial Group B clash that is likely to determine Wales’ opponents gets underway at 8pm UK time on Monday, June 21.

Both sides played their first two fixtures at home, but it is Denmark who will have the advantage for this one as it takes place at the Parken Stadium in Copenhagen.

BBC Two will televise this fixture, with coverage to start at 7.30pm.

UK viewers can watch the game online via BBC iPlayer.

Russia will go through with a win or draw if Finland fail to beat Belgium.

Denmark must win to have any chance of finishing second or third. If Finland were to lose, three teams would be tied on three points with the final positions to be decided by their results against each other, with Denmark knowing a victory by any scoreline other than 1-0 would be enough to finish second and set up a meeting with Wales. If Denmark win 1-0, all three teams would have identical records and it would be decided by disciplinary points and then European Qualifier rankings – with Russia 12th, Denmark 15th and Finland 20th.

This one also starts at 8pm BST on Monday, June 21.

It will take place at the St Petersburg Stadium in Russia.

It will be televised live on BBC One, with coverage starting at 7.30pm.

This will also be available on BBC iPlayer.

Belgium are already through and will win Group B if they avoid defeat. If they lose and Russia win, there would be a tie for the top three positions but Belgium would have to lose by three or more goals to lose top spot.

Finland have to better Russia’s result against Denmark to be guaranteed a place in the last 16. If both sides win they would finish above Russia by virtue of the three-way tie-breaker but if both draw Russia would progress having beaten Finland last time out.