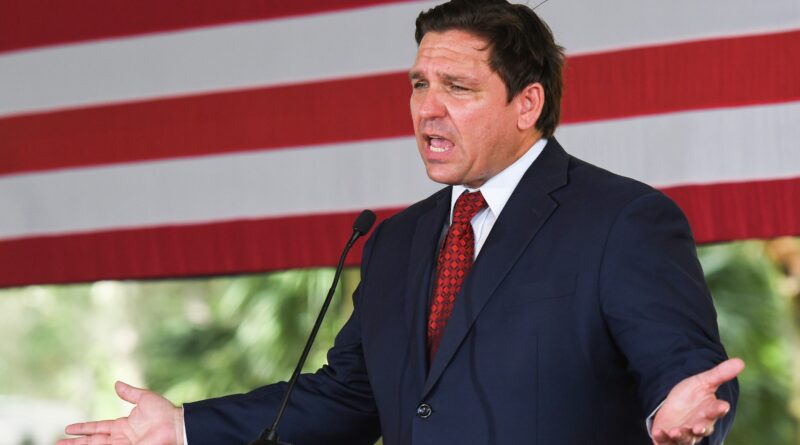 Ron DeSantis’s decision to fly dozens of migrants to Martha’s Vineyard in a desperate attempt to boost his political profile ahead of the presidential primary season was malicious, inhumane, cruel—and possibly illegal. But, hey, was it good politics?

That, at least, was a question some in the press were asking as the fallout from DeSantis’s shameless stunt was still being assessed. “The simple fact is that DeSantis made this Martha’s Vineyard gambit solely to draw attention to himself and his opposition to the border policies of the Biden administration. It was, to be frank, a stunt,” wrote CNN’s Chris Cillizza, who went on to note that the Florida governor’s best case as a Trump successor is to argue that he can generate as much outrage as his fellow Florida Man with less of the incompetence. This was more or less an example of stating the obvious—pretty much Cillizza’s stock in trade. DeSantis is gliding to reelection as governor, and immigration is perhaps the most important issue for Republican voters: While Trump is busy obsessing over his mounting legal problems, now is the time to snatch his nativist crown.

Politico’s Gary Fineout took things somewhat further, noting in an interview that DeSantis’s stunt “demonstrates he is very much in sync with the main issues driving Republicans and conservatives.” Later, he noted that “Democrats view his actions as stunts” but stressed that conservatives think that the stunt—which, again, involved lying to and taking advantage of dozens of desperate people and shipping them across the country—was playing well on the right.

“But if you take a look at conservatives—and conservative media celebrities—they are effusive with praise of DeSantis,” he continued. “They view him as someone who is fighting for their belief system as opposed to backing down amid pressure from liberal critics. You could call it Trump 2.0 in a way.” Fineout, like Cillizza, wasn’t exactly wrong: On the right, DeSantis has been applauded. Even some of his backers on the anti-Trump right (or perhaps more accurately anti-anti-Trump right) have continued to stick with him.

What DeSantis did was obviously beyond the pale. This was true even before the full extent of the deception—which appears to have involved lying to migrants about work and shelter and possibly breaking the law. But one approach to political journalism—the one on display in the quotations above—simply notes that some voters like things that are beyond the pale. Well, of course the Reichstag fire was bad, but it sure was a savvy political move that played well with the base!

In this line of thinking, mistreating migrants is good if it moves the electoral needle—maybe doing the right kind of crimes or scandals will help you become president. Cruelty to migrants, in this analysis, is understandable—maybe even defensible—because in the cutthroat world of GOP politics, it’s simply what it takes to succeed. DeSantis wants attention. He wants to be seen as at least as anti-immigrant as Donald Trump. You can go far in the world of political journalism by simply noting those two things and never making further demands of corrupt actors thriving in a media ecosystem that’s so often willing to look the other way.

Without exactly saying it, Cillizza and Fineout gesture at a much more damning point: that the key to supremacy within the Republican Party means embracing a cruel form of nihilism and that doing so may, in fact, be supersmart politics. This was the underlying assumption of this coverage anyway: DeSantis’s decision was callous and wicked—but you had to hand it to him!

That this stunt could turn into an actual, lengthy—and potentially criminal—political scandal was never really considered despite the fact that there was no small amount of obvious chicanery involved. The story played well on Fox News and made liberals mad, and that was enough for a premature consensus to form. Over the ensuing days, however, the blank spaces that were overlooked have been filled in. It now looks like someone involved in this stunt may have broken the law. On Tuesday, the San Antonio sheriff’s office announced it had opened an investigation into how these migrants were brought to Massachusetts. Bexar County Sheriff Javier Salazar noted, in a damning interview, that he believed the migrants had been “lured under false pretenses” to Martha’s Vineyard and were promised housing, jobs, and “the solution to several of their problems.”

This may be what Republican voters are looking for when it comes to whom they’ll choose as their presidential standard-bearer; there’s a reason Trump was reportedly miffed that DeSantis stole the idea. The former president’s approval rating has been dented amid a series of criminal probes, but he remains the party’s front-runner. In Cillizza’s piece, he argues DeSantis’s best case for the presidency: “In DeSantis, you get all the anti-wokeness that Trump built a presidential campaign and presidency on, but just without some of the more embarrassing personal foibles and tics that the former President brings with him.” At no point is it acknowledged that one of DeSantis’s own foibles or tics involves lying to people who are only seeking to improve their lives.

But to indulge the tired media tradition of “leaving it there” is myopic; it does a disservice both to readers and to the public. The stunt was self-evidently immoral: Desperate people were taken advantage of to boost Ron DeSantis’s anti-immigration credentials. If a foreign government had done this to American citizens, there’s no question how it would be covered.

More importantly, it’s actually not entirely clear that the “politics” are that good—or even that they will continue to be viewed this way in the future. There have been some significant revelations in the past few days; a criminal probe could lead to more controversial and damning disclosures. And there is ample evidence that cruel treatment to migrants does backfire politically: The Trump administration’s child separation policy was one of the biggest drivers of 2018’s wave election. The failure to note that there can be a political cost to draconian immigration policy is a tremendous journalistic failure.

But the biggest problem is with the media’s goldfish-brained approach to these kinds of news stories. As long as the morality or legality of DeSantis’s actions are never considered, the decision to cajole 50-some migrants onto a plane and drop them off hundreds of miles away can be justified as being part of the typical political game. Once that becomes the norm, the pillars of journalism begin to crumble—and politicians who indulge in dirty tricks or outright criminal activity become immunized from consequences.