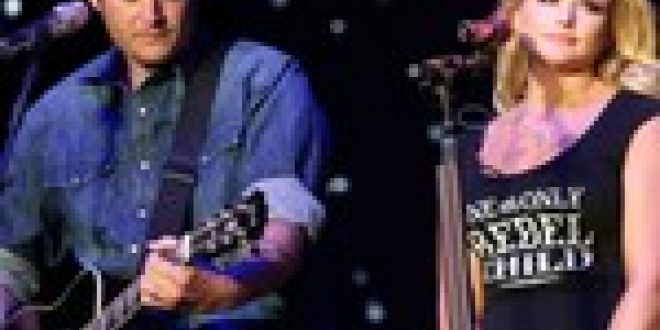 Miranda Lambert and Blake Shelton left quite the musical legacy behind before the all-star couple got divorced in 2015.

In a new Apple Music interview, Lambert opened up about her 2012 Hot Country Songs No. 1 “Over You,” which she co-wrote with her then-husband. The song’s lyrics were about the automobile-accident death of Shelton’s older brother Richie in 1990 when he was just 24 years old. Lambert recalled the “special moment” of being able to help Shelton and his family heal through the song, which also won song of the year at both the CMA Awards and the ACM Awards

Shelton, who is credited as the only songwriter on Pistol Annies’ 2011 debut album Hell on Heels outside the members themselves (Lambert, Ashley Monroe and Angaleena Presley), co-wrote the song “Family Feud.” He also tapped the Annies for the Elvis Presley standard holiday song “Blue Christmas” and sang the Bobby Helms classic “Jingle Bell Rock” with Lambert for his 2012 holiday album Cheers, It’s Christmas.