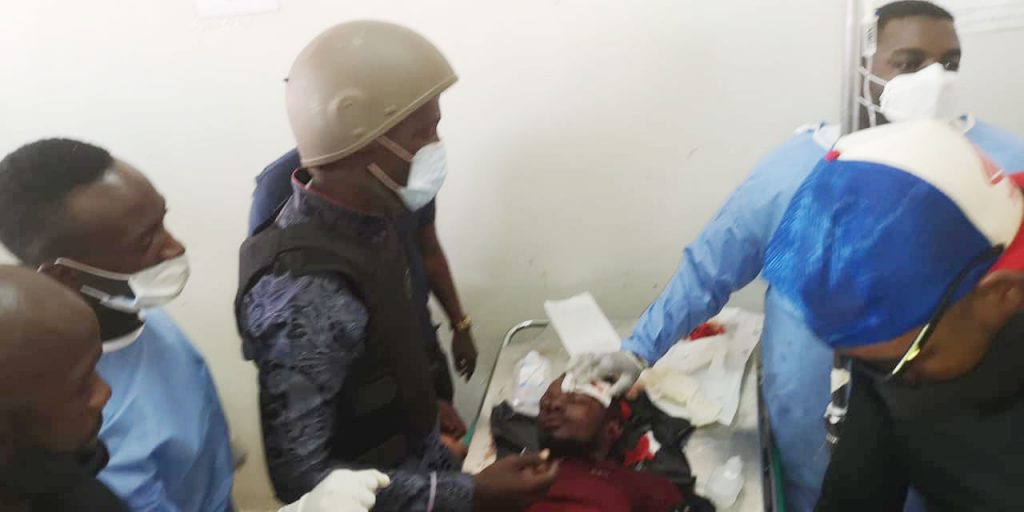 Ghetto TV Journalist Ashraf Kasirye is steadily recovering with quite a lot of signs of recovery. This was revealed by Barbie Kyagulanyi, Ashiraf’s care taker.

“When I read this twice, I figured out he was trying to write a sentence to ask where the Principle is. “Where is my Principle?” When I asked if that is what he meant, Ashraf Kasirye tried to smile while nodding in the affirmative.” Barbie said in a social media post where she revealed the patient will be able to speak soon.

“He is beginning to stammer a little, can sit on his own, hears, and to some extent understands most of the conversations. However, he grows impatient and this is because his brain gets challenged when consistently provoked with several questions,” she says adding that he is out of ICU recovering at a pleasant pace.

“He knows you are all praying for him and today, he particularly thanked #TeamBarbie for the message I carried from them.” Barbie concludes.

Ashiraf was shot at from Masaka where presidential candidate Robert Kyagulanyi aka Bobi Wine was enroute to Lwengo for his campaign.