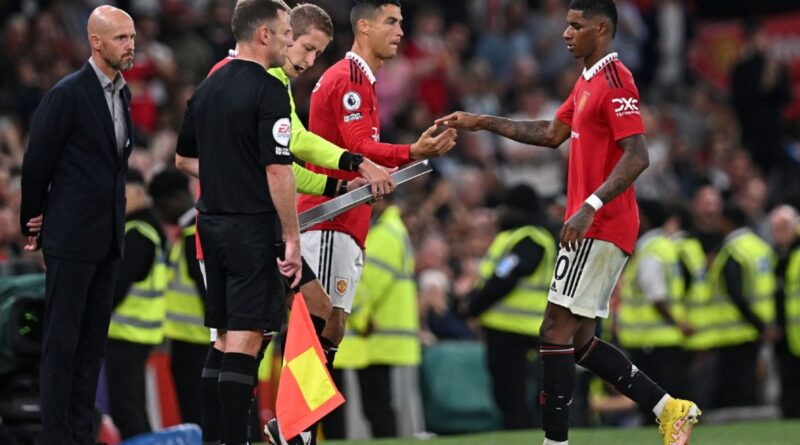 For a tournament Erik ten Hag doesn’t really want to be in, the Europa League can offer the Manchester United manager everything he needs from his first season in charge.

If the Dutchman hadn’t swapped jobs in the summer, he would have spent Wednesday preparing Ajax for their Champions League opener against Rangers in Amsterdam rather than sitting in a news conference at Carrington talking about Europe’s second-tier club competition. His main aim for his debut campaign at Old Trafford is to plot his way back into the Champions League, followed closely by ending the club’s five-year wait for silverware.

Reach, and then win, the Europa League final in Budapest in May — easier said than done with teams like Arsenal and Roma also in the draw — and Ten Hag will end his first season with his two major targets ticked off and his position well and truly secure. Man United insist that their appointment of the 52-year-old is a long-term one but no manager since Sir Alex Ferguson’s retirement in 2013 has survived after missing out on the Champions League following a full season in charge.

Initially, Ten Hag’s focus will be on finishing as high up the Premier League table as possible, but he will know that the prize at the end of the Europa League — a trophy and an automatic place in next season’s Champions League group stage as a top seed — is too good an opportunity to throw away. “We have to win every game, and we want to win every tournament, so we have to take everything seriously,” he said on Wednesday. “That is the mentality that Manchester United needs. Europe is always something special and you don’t know your opponents that well.”

After a disastrous start to the season with defeats to Brighton and Brentford, United have built some momentum with four wins in a row. It’s been done with a settled team, too — Ten Hag has made just one change across the matches against Liverpool, Southampton, Leicester and Arsenal — but there’s likely to be plenty of rotation for Real Sociedad’s visit to Old Trafford on Thursday.

Cristiano Ronaldo, Harry Maguire and Luke Shaw are all set to be recalled while Casemiro could be handed a first start following his £60 million from Real Madrid in the summer.

Ten Hag has built a deeper squad after spending more than £225m during the transfer window and the early games in the Europa League offer the chance to give players some much-needed time on the pitch. “We not only have a team, we have a squad,” said Ten Hag, who will be without Anthony Martial as he continues his recovery from an Achilles injury. “When a team is acting well, when players are acting well, I think we have more than 11 starting XI players.”

“The team is improving, it’s getting better, but on the other hand, for players who are not now in the team, we know they can, at any moment, come in and they will do the job. And they can maybe even do it better than the players who are in but you’ll never know. I know that you need more than 11 players to be successful.”

The inference is that, for now at least, the Europa League is the place to make changes, though Ten Hag’s priorities could well have flipped by the time the run-in starts. Jose Mourinho didn’t want to play in the Europa League either when he took the United job in 2016 and for his first group game against Feyenoord he made eight changes to his team. But by the end of that season, with United falling behind in the race for the top four, Mourinho was purposely resting players in the Premier League to keep them fresh for Europe. United won just one of their last six league games and finished sixth, but crucially, they lifted the Europa League trophy after beating Ajax 2-0 in the final to ensure a return to the Champions League.

For Ten Hag, just as it was for Mourinho, the Europa League is a means to an end. He will gladly see the back of it after this season, but for eight months it’s too important to ignore.

A resurgence in form — particularly eye-catching wins over Liverpool and Arsenal — have given fans hope that this could be the start of a new era of success but no one is realistically expecting his team to mount a serious title challenge this year. But before all that, Ten Hag has to get United back into the Champions League as quickly as possible. If it’s done by winning the Europa League, then his first season will be considered a success regardless of where they finish in the Premier League.