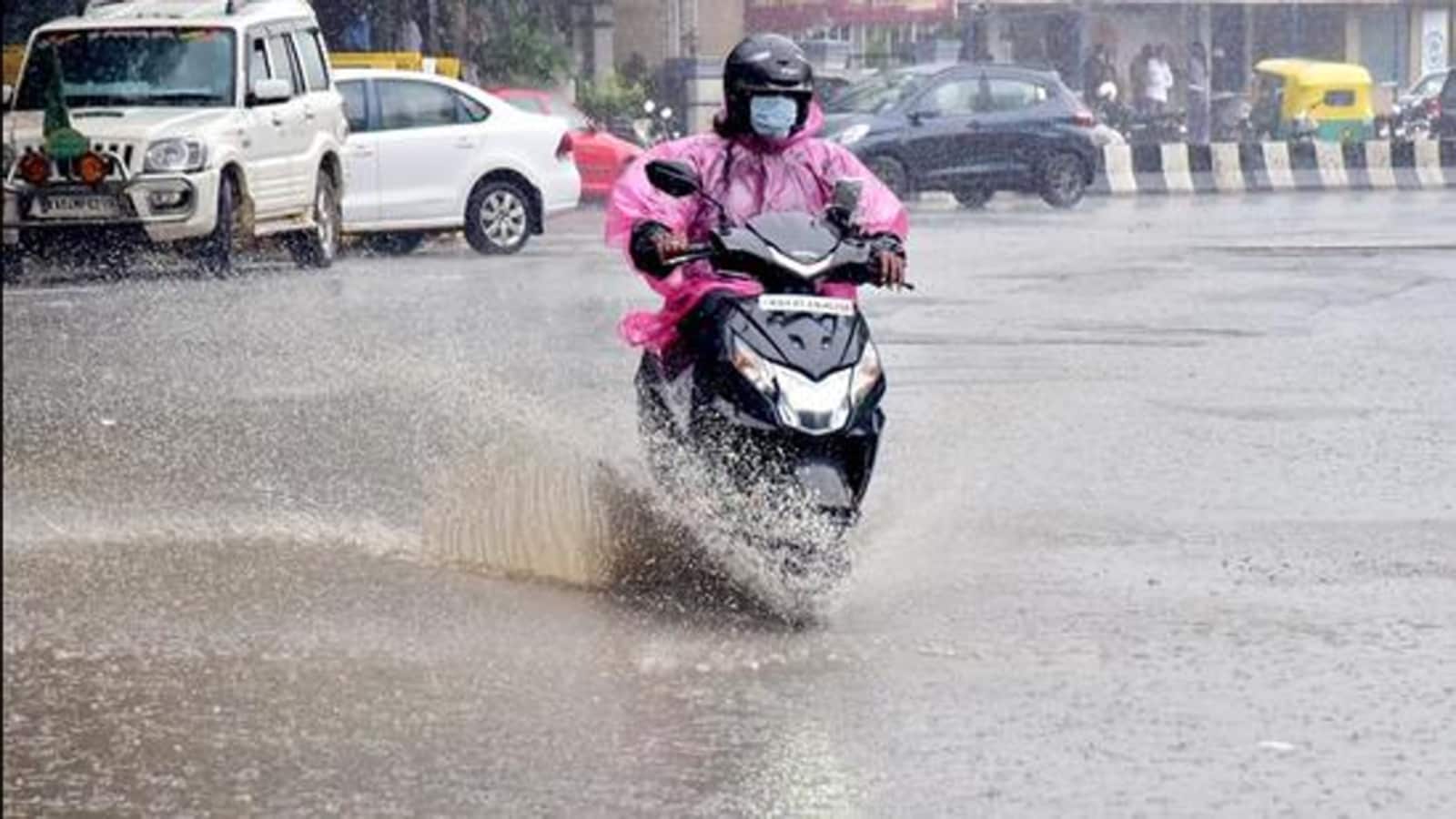 Widespread rain is likely over east India and parts of northwest India during the next 3-4 days according to India Meteorological Department.

A low-pressure area over Westcentral and adjoining Northwest Bay of Bengal is now lying over northwest and adjoining Westcentral Bay of Bengal off south Odisha-north Andhra Pradesh coasts. Under its influence, moderate rainfall is likely at most places with isolated thunderstorms (wind speed 40-50 kmph) and isolated heavy rain likely over Andaman & Nicobar Islands during the next 2 days. Rainfall intensity is very likely to increase over east India and adjoining Central India from today.

Isolated heavy rain is likely over Bihar on October 18 and 19 over Gangetic West Bengal during October 17 and 19, and over Odisha, Coastal Andhra Pradesh and Yanam till October 17.

Another low-pressure area is lying over the Lakshadweep area and adjoining the southeast Arabian sea. An east-west trough is also present. Under their influence, isolated heavy rainfall is very likely over Coastal and South Interior Karnataka, Kerala, Mahe and Tamil Nadu during the next 2 days. Isolated very heavy rainfall is also very likely over Kerala, Mahe and Tamil Nadu, Puducherry and Karaikal till October 16.

Due to the influence of lower-level easterlies, a fresh spell of rainfall with thunderstorms and lightning is very likely over northwest India from October 16 (Saturday). Isolated heavy to very heavy rainfall is also likely over Himachal Pradesh on October 17 and 18, over Uttarakhand and Uttar Pradesh till 19 and isolated thunderstorms, lightning and hail over Jammu, Kashmir, Ladakh, Gilgit-Baltistan and Muzaffarabad, Himachal Pradesh till October 19.