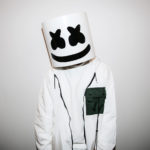 Song No. 3: “I Lived,” by OneRepublic, fronted by Grammy-winning songwriter Ryan Tedder, who as mentioned above just made a huge deal selling his catalog to a private equity firm. It was Tedder’s original — released in 2014 and the final song covered by Fox’s Glee — that provided the base material for Arty’s remix.

To prevail in the case, Arty will ultimately have to show that Song 1 is substantially similar to Song 2 and that Song 2 is different enough from Song 3. Under copyright law, derivatives are entitled to their own copyrights but only with respect to original elements.

Ah, but it gets more complicated because Marshmello is challenging whether Arty really owns the compositional elements in “I Lived (Arty Remix).” Attacking Arty’s standing to even bring the lawsuit, the defendants are pointing to Arty’s agreement to remix the OneRepublic song.

According to court papers, Interscope Records commissioned Arty to do so in 2014. He signed a one-page agreement called a “Remixer Declaration” that provided him with a $10,000 flat fee in return for his services. The agreement included this disclaimer: “I acknowledge and agree that the services rendered (or to be rendered) by [Arty] hereunder do not entitle [Arty] … to any ownership or financial interest in the underlying musical composition(s) embodied in the Remix Master(s), and I specifically agree that neither [Arty] nor [Arty’s company Telma Music] will make any claims to the contrary.”

As interpreted by defendants, Arty not only acknowledged that the remix recording was a work-for-hire owned by Interscope, he gave up any rights to the composition in his remix. The alternative explanation is “frivolous,” writes attorney Robert Jacobs. (Read in full here.)

Arty’s attorney Richard Busch sees it differently. He sees “underlying music composition” as referring to the original OneRepublic song, nothing else. Meaning that when Arty did the remix, the Russian DJ was expressly saying — and only saying — that he wasn’t an author of the band’s 2014 hit. The original elements of the remix? That’s a different story. Arty kept those.

“What actually is frivolous … is the astounding claim that Arty, in his agreement with Interscope for services rendered on a sound recording, clearly and unambiguously waived or otherwise relinquished the copyright in his own original melodical composition, the Arty Elements, without pointing to any evidence of an intent to do so,” writes Busch.

The dispute will have U.S. District Court Judge Philip Gutierrez trying to interpret a very short agreement for a remix that hardly defined much, the financial implications of various contractual interpretations, plus possibly music industry practice at large. If there’s ambiguity, it’s possible that a jury may get the question of ownership of remixes.

But the case is also bedeviled by testimony from Tedder.

In a sworn declaration in this case, submitted last month by Marshmello’s attorney, Tedder stated, “It is, and always has been, my understanding that Arty does not have an ownership or financial interest of any kind (whether under the copyright laws or otherwise) in the Remix Recording or the musical composition(s) underlying and/or embodied in the Remix Recording. … It is my understanding that Interscope authorized Arty to prepare the Remix Recording only after he agreed and confirmed that he would not acquire, and does not have, any ownership or financial interest of any kind.”

Tedder’s testimony that Arty holds no rights seemingly flies in the face of an interview he gave two weeks after the lawsuit was filed. In May 2019, the songwriter told BBC, “Arty wouldn’t sue somebody for the sake of it, because there’s too much to lose. … If you listen to both of the [songs], I think anybody with a decent measure of musicality will draw their own conclusion. I’ll leave it at that.”

Further, before the lawsuit was filed, Tedder’s attorney evidently gave Arty’s some confidence by stating in a letter, “My client, Ryan Tedder, remains in line with Sony ATV’s position set forth below and has no reason to dispute your client’s right to proceed with the infringement action.”

Now, the judge is being quoted Shakespeare (known in his day for doing a good remix).

“Something is rotten in the State of Denmark,” writes Busch at the beginning of a memorandum (read in full here) filed yesterday. “By their motion, Defendants have now stooped to a troubling level that raises serious ethical considerations and (we do not say this lightly) potential perjury.”

Going even further, Busch suggests that someone has strong-armed OneRepublic’s frontman. He tells the judge, “Tedder clearly believed that musically this action has merit and was then undoubtedly supportive in the interview of Arty’s right to bring this action. But one statement by Tedder now rings loudly: Tedder’s statement that Arty has a lot to lose by suing someone as powerful as Defendant Marshmello and the other defendants. It is now clear that someone got to Tedder between then and now. It is also clear that Tedder’s Declaration submitted to this Court under the penalty of perjury, in light of his counsel’s irreconcilable statement to the contrary, and Tedder’s BBC interview, raises the very serious matter of potential perjury. Defendants think this is a game. It is not, and, respectfully, they should be taken to task for trying to make a mockery of these proceedings.”