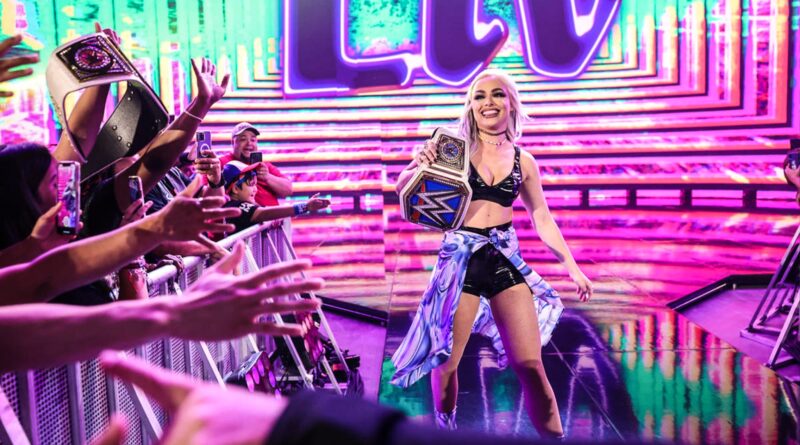 On Friday’s SmackDown, Liv Morgan made her first appearance since dethroning Ronda Rousey and becoming champion.

— The Viking Raiders defeated Jinder Mahal and Shanky via pinfall

— Ronda Rousey defeated Natalya via submission with an ankle lock

The feel-good wrestling story of the week has been Liv Morgan’s title win at Money in the Bank, so an appearance on SmackDown was inevitable.

In watching this segment, one thing that became evident is how winning the title clearly elevated Liv’s confidence in herself as a performer. You could tell she’s ready to prove her worth as champion.

The idea of a rematch against Ronda at SummerSlam might worry some fans, specifically Liv’s stan army, but I have faith in our new champ.

I believe she’ll have another star-making performance in Nashville by successfully defending the title against Rousey (fingers crossed).

Roman Reigns, Jimmy Uso, Jey Uso and his special council, Paul Heyman, prepared looked ahead to facing Brock Lesnar at SummerSlam before Theory crashed the Tribal Chief’s return, teasing cashing in on Money in the Bank.

Roman Reigns returned to the show this week looking calm and collected ahead of his upcoming match at SummerSlam with Brock Lesnar.

It was nice to see him back.

Shinsuke Nakamura and Ludwig Kaiser went face to face on Friday Night SmackDown before Kaiser faced the consequences from Gunther.

Gunther kicked off a new program with Shinsuke Nakamura this week over the Intercontinental Championship.

This is a dream match to most die-hard wrestling fans, so I’m looking forward to seeing their inevitable encounter.

This was a surprise to many, as it had seemed like WWE wanted to try something different with her this time around.

Luckily, she’s a natural heel, so the transition shouldn’t be difficult.

For a segment-by-segment breakdown of the show with more of my thoughts, listen to the SmackDown Roundup podcast in the “Out of Character” feed on Apple Podcasts or Spotify.