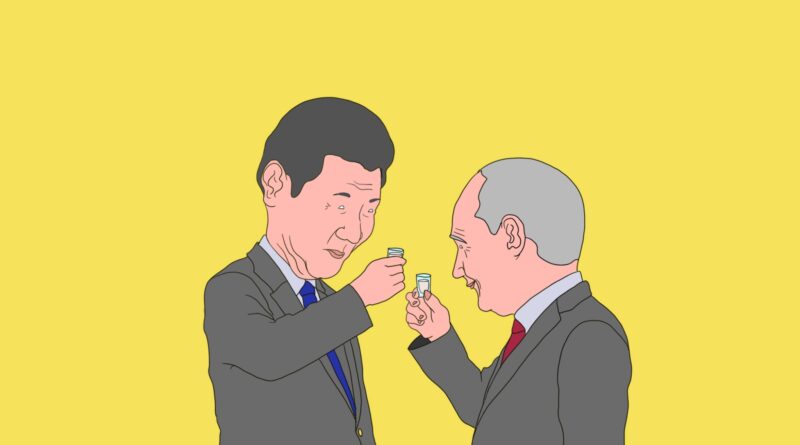 Xi did not address the elephant in the room: namely, China’s economic relationship with Russia in the context of Putin’s invasion of Ukraine and the resulting Western sanctions.

In some ways, Xi’s actions — and presence at the conference — spoke louder than his words. Western officials and observers will likely wonder if Xi’s attendance signals that Beijing is increasingly willing to test Western sanctions.

While there are some signs that Xi and the CCP are considering more open support for Putin, it’s too soon to say. Had Xi had skipped the conference, it would have represented a significant diplomatic blow for Putin. What is clear is that Beijing remains intent on continuing its uneasy balancing act, torn between Brussels and Washington on one hand, and Moscow on the other.

Xi’s address to the SPIEF followed his June 15 “birthday call” with Putin, when the two figures exchanged pleasantries.

Over the weekend, five Russian ships passed through waters between two islands of Okinawa Prefecture. These movements came even as three People’s Liberation Army (Navy), or PLA(N), vessels were sighted about 137 miles east of Miyagi Prefecture, which is located on Japan’s Honshu, the nation’s largest and most populated island.

The Chinese and Russian navies were making their presence known ahead of the biennial Rim of the Pacific (RIMPAC) exercises scheduled for June 29 to August 4. The exercises will take place around the Hawaiian Islands and Southern California; 26 nations, 38 surface ships, and four submarines will participate in the exercises. Some notable participants include the Quad (Australia, India, Japan, and the United States), Canada, France, Germany, India, Indonesia, Malaysia, the Republic of Korea, the Republic of the Philippines, Singapore, Thailand, Tonga, and the United Kingdom.

In another development potentially related to the Chinese and Russian naval maneuvers, Japan lodged a protest with Beijing on Tuesday after spotting ocean drilling equipment in a potential gas field in the East China Sea.